You are here: Home / The Juggling Writer / The Best Critique I Ever Received 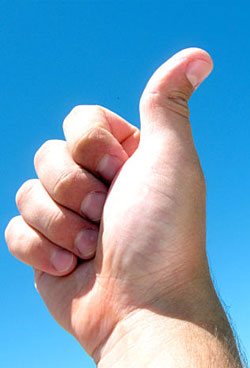 I had somebody in development at a major film studio interested in a screenplay I’d written. I’d hoped  when the phone rang and I picked up, that I’d hear them say, “We want to develop this.”

Instead, this is what I was told:

“I admire the guts it took to write this right now. There are some parts I really like. But this lacks execution. You have good ideas, but they go nowhere in this screenplay. It seems hurried. I’m sorry, Christopher, but I’m going to have to pass.”

It was the best critique I’d ever received.

This isn’t to say that I didn’t appreciate all the good critiques I’ve received since I’ve been writing. In fact, the reason this is my favorite critique, at least in part, is that it means the two previous critiques from this contact – glowing praise of the first two screenplays she read – were genuine.

Being told that the third screenplay I sent was weak meant all the good things I was told about the first two screenplays were real.

This critique let me know that I had a trusted reader.

My second and third favorite critiques went something like this:

“The story wasn’t my thing, and I didn’t like the characters – at all. But…it’s the best thing you’ve written to date!” [Followed by a list of reasons the stories were the best to date.]

There are few absolutes in my life, but two of those absolutes are that my wife loves me, and that she’s a reader I can trust.

I wouldn’t be the writer I am today had I never met Mark Felps and Deacon McClendon. Mark has been there since I got serious about writing (about 20 years ago); Deacon’s been there for the 6 years we’ve had our writing group.

Mark’s words when he’s tearing a story apart can be so eloquent and crude that you almost want to suck, just to hear what he comes up with. When he’s on a roll, you hear stuff like this:

“Really?! This story is masturbatory at best. I walked away feeling like you gave me a facial!”

Deacon offers no quarter, either.

I’m not allowed to write beneath my abilities in their presence; they cut into me when I’m lazy. And when I do write to the best of my abilities, they push me even more, making me a better writer each time we meet.

They are trusted readers.

I’m very lucky; I have many trusted readers.

But we make our own luck.

I have many trusted readers because I don’t take criticism personally. I didn’t write this series about criticism just to write something; I wrote it because I’ve lived by these rules and suggestions and hoped it would help others.

I’m lucky enough to come home from a cruddy day at work today to see @legomummy — a complete stranger — tweet about this week’s entries. (Thank you!)

It’s hard to hear somebody tell you that something you put so much effort into is lacking. But if you work hard at writing, or any creative endeavor, you find that most people want to help you. If you listen to the right things, you only get better.

And getting better is what it takes to see your writing in print.

All that criticism is worth it in the end.