You are here: Home / The Juggling Writer / 10 Rules for Starting a Writing Group 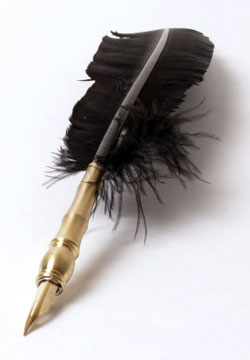 “The first rule of Write Club is you do not talk about Write Club.”

A handful of years ago, two friends and I started a writing group. We called it Write Club. We only had one rule for the group when starting: “No more than five members.”

For years, it’s remained just the three of us. I owe much of my improvement as a writer in recent years to Write Club.

While Write Club’s only rule is “No more than five members,” here are ten rules to consider if you form your own writing group:

1. Keep it small. There is an investment of time in reading the writing of other members of the group. Most people have a job and a life; most people don’t have the time to read 15 short stories before meeting with their writing group.

By keeping your writing group small, you can devote more time to quality critiques, which means you’ll receive quality feedback in return.

2. Devote time to each member. If you follow rule #1, you’ll have time to devote to each member of the group. We’ve all known people who try turning the attention to themselves — don’t be that person. Make sure that each member gets the same amount of time to talk and receive feedback.

For a writing group to survive and flourish, it’s essential that members look forward to regularly attending. Devoting time to each member of the group creates an environment people will return to.

Remember: honesty doesn’t mean being harsh — you get what you give. If you expect honest, quality feedback, you need to be able to give it to others.

4. Don’t take criticism personally. I once had somebody tell me that I was clearly an arrogant snot based on a short story I wrote. When I asked her for actual feedback, all she could come up with was, “I didn’t like it.” I didn’t take it personally because the person had confused personal taste with constructive criticism.

Learn to tell the difference between somebody’s opinion and constructive criticism. Sometimes it takes others to see the full potential in something we’ve written. By not taking criticism personally, you’ll see your writing through the eyes of others and continue to improve as a writer.

5. Meet regularly. I’ll admit: Write Club doesn’t meet regularly. We used to, but with conflicting schedules, we no longer meet every other week. We still try getting together at least once a month, though, even if it’s just to talk about writing.

Set a schedule for your writing group that works for all members. When you meet regularly, it creates deadlines and gives you something to look forward to. With regular meetings, you’ll find your writing improving each time you meet.

6. Stay focused. Each meeting of Write Club starts with random chit-chat. We get it out of our systems and then focus on writing. With the exception of two meetings in the years we’ve been meeting, we’ve always focused on writing. And that’s saying a lot from a group of three people who have wandering minds.

It can be tempting to catch up with friends during your writing group meetings, but you’re there for a reason. Set a starting time and an ending time and stick to it. You’ll find there’s time to catch up and focus on the reason you’re there: writing!

If you would rather be working on a novel or non-fiction, creating short stories meeting after meeting isn’t going to help your progress. Be sure that your writing group is created to support what you want to be writing.

8. Don’t forget that it’s a business. Unless you and your group writes solely as a hobby, you’ll be meeting in the hope of one day making a living as a writer. If your group finds itself in a productive lull, use the time to get together to research markets, work on query letters, or help each other put together submissions.

Criticism and support are nice, but consider holding occasional meetings where marketing ideas and plans are discussed and shared.

9. Speak up. The days of the reclusive writer are waning. To make it writing today, agents and publishers are looking for writers who are comfortable speaking and staying in touch with readers.

10. Talk about it. “The first rule of Write Club is you do not talk about Write Club.”

Some rules are meant to be broken.

* Bonus Rule: Give your club a name! People who know me know exactly what I’m talking about when I mention Write Club. (They’re still a bit iffy about the whole Jackalope Preservation Society thing, though. To be honest, so are we!)