You are here: Home / The Juggling Writer / Mimic Me 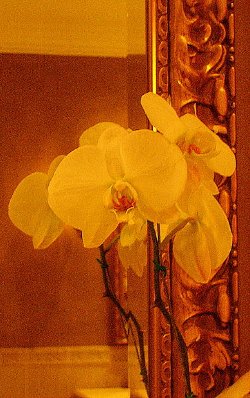 This isn’t to say that Mark has never written touching stories, or that I’ve never written something gritty. Deacon takes so many chances with his writing, and most of them work and make him even better.

The thing I like about our little writing group is we all write very different things.

During a meeting, one of us suggested an interesting writing challenge: each of us would write a story like the other two members of the group.

I know Mark’s writing very well — we’ve been writing buds for over 20 years. I started my “Mark story” and ended up with the “Mark dilemma”: this short story should be a novel.

Mark is very confident in his writing; Mark can drop 10,000 words like other writers drop 1,000. When mimicking Mark’s writing, what I thought was a good little idea for a short story ended up a better idea for a novel.

I started, but never finished, my Mark story. I think what I did write was worthy of a Mark story, but copying his style was much harder for me. What comes naturally for him took a lot of effort on my part.

Deacon’s writing is like a cafe racer: hip, lean, and able to turn heads as it zips by. While my writing isn’t typically hip enough to turn heads, I gravitate toward lean writing, too.

Mimicking Deacon’s writing seemed more natural. When I was done with this story, I realized that Deacon and I do some similar things when we write.

I learned a lot during this writing challenge.

By mimicking Mark, I take more time when needed; I’m no longer afraid to create passages meant to be savored, rather than consumed.

By mimicking Deacon, I got a much better grasp for writing metaphors. I also realized that I can strip my own writing down even more, making every word matter.

Of all the writing prompts and challenges we’ve done in our writing group, the “Mimic Me” challenge was my favorite. It was a challenge that pushed me to try different things and understand what’s going on in the minds of my two close friends even more.

It’s an eye opening experience that shows you what you do very well, and a reminder that you should always be open to trying new things.

Some of those new things, after all, just might become part of your repertoire.

My next series will be a query letter a day that worked for me. Look for that the week of January 18 – 22.