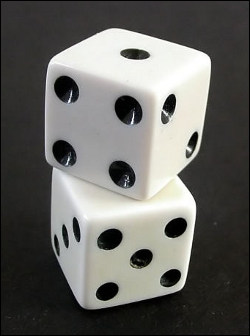 First, a big thank you to everybody who wished The Juggling Writer a happy birthday yesterday. I almost broke my 50-day social media break and replied to somebody on Twitter.

I found out that Dubé Juggling Equipment wished The Juggling Writer a happy birthday on their Twitter feed.

Some people get excited when writers they like mention them online. I get all geeky when a juggling prop manufacturer I’ve loved since the late 80s mentions me.

Dubé props were the first real juggling props I ever owned. I don’t know if there was ever something shipped to me that I was more excited to open. I think it would take a box of books I wrote to arrive at my door to top that rush of being a lonely juggling geek in a small town suddenly feeling like a real juggler because I finally had decent props.

Dubé props were the props that were there when I finally got up the courage to street perform. They are the props I’ve dropped more than any other. (Although the props in the photo with this entry are Todd Smith clubs.) They were the props that brought my wife and I together almost 20 years ago. (We met at a comic book company we both worked for, but it took juggling to really bring us together. In fact, the first gift I ever bought for my wife was a 4 inch blue Dubé stage ball for contact juggling. Almost 20 years later, just seeing that ball in the prop bag when we juggle is a reminder of where we’ve been.)

So yeah, I was a happy geek when I found out Dubé Juggling wished The Juggling Writer a happy birthday!

I was also surprised to see The Juggling Writer linked to a Huffington Post entry about writers and their former jobs.

With an exception or two, I don’t get political on The Juggling Writer, but The Huffington Post is a daily read for me. (So if you’ve ever wondered, now you know where I lean politically.) Granted, I gravitate toward the books section on the site, but it’s a site I visit regularly. So when I noticed The Juggling Writer linked in the “Around the Web” section at the bottom of this entry, I was pleasantly surprised.

So a big thanks to Andrew Losowsky for the mention!

And now for some random writer stuff…

The Internet is a funny thing. You stumble upon things in passing and then a year or so later, it clicks: “Oh, yeah! I remember this!”

As I waded through videos, it all seemed familiar. And then I remembered that over the past year or so, I had seen a VlogBrothers’ videos here and there, but I never really spent time watching all they had out there.

As you can see in the embedded video above, there’s good advice about how to become a writer. And there’s also stuff that is beyond stupid. (If you’ve checked out Hell Comes with Wood Paneled Doors, you know I have no aversion to stupid humor; in fact, I revel in it!) In addition to all that, it’s a great example of running with your own personality, sharing useful bits of information, and mentioning what you’re up to without sounding like a desperate salesman.

I also stumbled upon 2GirlsonaBench.com recently.

I really love the way things are laid out in a screenplay format, and again: I love how their personalities come through. I don’t mind blogs that are sometimes just people telling others what they’re up to, but even if I were, I have to think that I’d still like the writing style of this blog. And since I’m one of those people who likes seeing food photos people post online, the snack photos just add to it all. (Fizzy beverages and popcorn are good on road trips!)

But more than that, I just like friendship — and the friendship the 2 Girls on a Bench have is nice to see.

I know it’s easy to wander online and see a lot of negativity. But there’s also a lot of good, happy stuff out there if you know where to look. This blog is proof.

Anybody have exciting plans for the weekend? For me, it’s just writing and hanging out (and maybe some of that technical writing stuff I do to pay the bills).

I hope everybody has a great weekend, and feel free to share links you like in the comments section below.