You are here: Home / Inspiration / Monday Motivation: Against the Odds 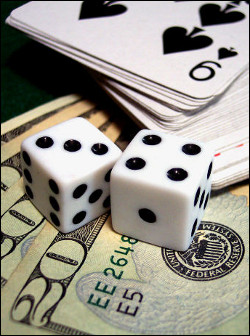 “It is impossible to discourage the real writers — they don’t give a damn what you say, they’re going to write.”
– Sinclair Lewis

I’ve heard many working writers tell would-be writers that they should give up before ever really trying.

There are many reasons for this:

One day, you see most of these writers stop and move on to “real jobs,” tossing writing aside for something more secure. (And there’s nothing wrong with that.)

But there are writers who don’t stop, no matter what.

Work, deaths in the family, illnesses, children, and other things don’t stop them. If something much bigger than a writer telling them to quit won’t stop them, nothing will.

Are you this kind of writer?

The odds are stacked against us all. If those odds don’t discourage you and you’re willing to put a decade or two into something most people drop after dabbling, you increase your odds of making it each week.

It’s the beginning of the week for most of us, so get busy writing!