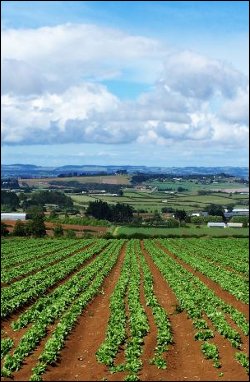 One of the best writing rules is: “Show, don’t tell.”

It’s easy when writing to tell the reader things, but it’s best to show things happen and let the reader imagine what they will.

I never considered this rule applying to being a writer, though.

In the March 8 issue of the magazine, there’s an article about restaurateur, Keith McNally. This article interested me because my current novel is about a recently-divorced celebrity chef and restaurateur who sells his Chicago restaurants and moves to a small town in northern Wisconsin to get away from it all and restore an old home.

After a divorce, McNally sold most of his restaurants at the time, bought land in Martha’s Vineyard, and spent a year renovating a house on the property. McNally said:

“It was kind of therapeutic, because it was really some form of reconstruction of my inner life after being very quite devastated by divorce.”

That sums up the main character in the novel I’m working on right now.

The end of the article about McNally was what really got me, though.

Yesterday, I wrote about writers who talk about what they are going to do with writing, instead of actually writing.

I’ll admit, writers like that have often bothered me; in part, because they seem to be boasting, but also because, on some level, I wish I could sell myself like they do.

I’ve always been much better at letting my work speak for me, rather than me speaking for my work. For years, I put off this blog because I viewed it as talking about writing more than letting what I write stand on its own.

I’d rather somebody discover that I write, instead of me telling them I write.

At the end of the article about McNally, it circles back to talking about his Martha’s Vineyard property, and how content McNally is with farming.

But while he’s content, he says that he feels “phony most of the time.”

“I know that I enjoy telling people that I farm, and I think that’s a bad sign to begin with. Of course, it’s best if people find out that I farm.”

When I read this line, it made me think of that writing rule — show, don’t tell— in a different way.

McNally would rather people find out he farms, instead of telling them. I think this is good advice for writers, too.

Even though I’ve sold stories and articles, I feel kind of phony when I tell people that I write.

I like it much better when people find out that I write.

Maybe I’d get there quicker if I figured out a way to tell everybody I meet that I write — perhaps I’m missing out on possible connections and contacts by showing instead of telling.

But I think in all aspects of writing — down to being a writer — that it’s best to show, not tell.