You are here: Home / The Juggling Writer / Listening to TV Talk 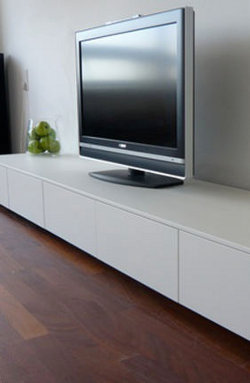 Whether you watch television or avoid it, writers can learn a lot about storytelling by listening to people talk about the TV shows they watch.

Not a week has gone by at any job I’ve ever had where people didn’t talk about their favorite shows. The day job is a great place to learn what people like.

Listen to what people at work say about the following TV topics and become a better writer:

In a novel, a writer can often get away with writing for the sake of writing–dropping glowing prose for no other reason than some readers love reading pretty words all in a row. The TV version, I suppose, would be a show’s cinematography.

While I’m not saying that cinematography on TV doesn’t matter, I’ve never heard anybody at work say, “The establishing shots in Two and a Half Men are absolutely breathtaking, on par with Michael Chabon’s prose when he’s at his best!” But I hear people talk about what happens on the show all the time.

The situations in storytelling matter. What happens to characters gets TV fans and readers talking more than they discuss the visuals.

If you want word of mouth about your writing, listen to the situations that get people talking when they discuss their favorite TV shows.

Even if you write literary fiction, there’s always room for the kinds of situations that get readers talking.

Right up there with what happens on a TV show, people talk about their favorite characters as though they know them.

While ongoing shows give television writers years to work with a character, they only have a half hour or hour each week to keep viewers hooked.

Listen to people at work talk about what they like about a character and you’ll see that most TV characters are an archetype with a little more thrown in to make the character stand out.

It works in literature, too; with last week’s passing of J.D. Salinger, Holden Caufield was mentioned in practically every article and news spot about Salinger’s death.

Just as an iconic character can make a TV show something people talk about, strong characters can make or break a book.

When I hear people at a job talk about dramatic TV shows, they discuss the situations and characters, but I never hear them quote lines from the shows.

That’s not the case with humorous TV shows.

With humorous TV shows, I hear people talk about the situations, characters, and I hear them quote actual lines. If I say, “Mmmm, doughnuts,” or “Beer…is there anything it can’t do?” you probably know what I’m talking about, even if you’ve never watched The Simpsons. We change our voices to match the characters’ voices when we say these lines.

Fans of humorous shows feel a strong need to share the experience. They collect merchandise and never stop talking about what they love.

Humor has a powerful grip on people. People love to smile and laugh; you don’t have to be a comedian to write humor.

Listen to what people talk about at work when they talk about humorous TV shows; bring some of that into your writing, and people will share the experience with others.

One of the things I love most about listening to people at work talking about TV shows is what they think is going to happen next. It’s clear that not only are they going to watch the show again, but they drag co-workers who don’t watch shows in that way. Each week, there’s always a potential for a show to pull in new fans.

While television shows are an ongoing thing, it’s still a good idea for writers creating stand-alone novels to listen to the kinds of “what happens next?” plot elements people talk about at work when they discuss their favorite shows.

Every so often, a television show comes along that hooks people and gets them talking because it’s different. When Twin Peaks aired, even friends who didn’t watch TV started watching because they heard there was this very different TV show on. When people talk about favorite shows they used to love, I still bump into people who loved Northern Exposure. Recently, Pushing Daisies got people talking.

Television shows that take chances may have a harder time being produced, but they are often the shows that get people talking; they are the shows that stick with people years after they go off the air.