You are here: Home / authors / The Platform of Silence 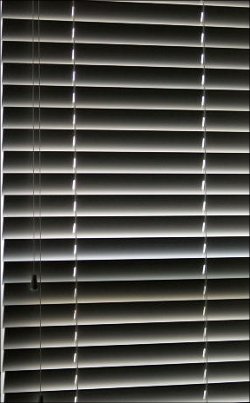 I’m not going to talk about what an influence he was on my writing because it was just last year that I finally got off my lazy goddamn ass and read that stinking book he wrote–you know, that one everybody talks about and stuff; the really famous one with the rambling narrator who whined and cried a lot, like the lousy goddamn kids he hated back at school.

Okay, so I wasn’t a fan of The Catcher in the Rye, but like many things that have been written over the centuries, I understand its importance.

I’m not here to knock Salinger’s writing or seem disrespectful. In fact, I think in his passing that authors lose something big.

While we still have good ol’, reclusive Thomas Pynchon somewhere out there, the days of an author writing novels and living life outside the public eye if they desired are gone. This week at Digital Book World, some agents talked about how they can’t promote an author who doesn’t have a strong online presence. Others have said the personality and willingness of authors to sell themselves is more important than the books they write.

They became legendary for their words first, and their self-imposed isolations next.

Now authors are expected to become known first for their “platform,” then their willingness to hustle and talk about themselves, and then…the actual writing they do.

How does a writer become legendary, like Salinger, if they are the one touting how legendary they are?

“Legendary” is fast becoming how many people listen when a writer opens their mouth, not what goes on over hundreds of pages when a reader opens a book.

At what point does a writer shut up and write?

I’m lucky: I’ve always liked sharing things with people, so I’m fine having a blog and promoting myself. When my wife and I self published a comic book, I liked the business side of what we did just as much as I liked writing scripts. We spent a lot of time documenting how we did things–we updated our old Web site several times a week with tips and thoughts about publishing (In 1994, before there were blogs).

But what about writers who are brilliant, but uncomfortable promoting themselves? Or, at the very least, writers who would rather spend more time refining their writing skills than their speaking skills? While I’m open to many of the changes in publishing, one thing I’m not crazy about is making every author a personality.

There have always been celebrity authors and reclusive authors. Salinger first became noticed because of the words he wrote, and then he became known for decades because of his reclusiveness.

His silence was his platform.

And that’s why I like Salinger. Instead of putting all his quirks and strangeness out there for all to judge, he holed up and did what he did best: wrote!

There are times I spend more time on blog entries than on fiction and articles. I enjoy The Juggling Writer for many reasons; I’m not knocking it. There are times, though, that I want to be like Salinger–times I want to hole up and not be seen or heard from for a long time.

There are times I want to close all the blinds and slide away into little worlds that only exist in my head, until I make them real by writing. Lately, it’s a small town in northern Wisconsin full of strange and broken people trying to put everything back together even though the bottom keeps falling out. Next, it will either be a female magician on the run, or an old man in  a nursing home promising something special to a 22-year-old guy working in the kitchen if he’ll help the old man break out of the home so he can die free.

There are times I want to disappear into these worlds for weeks or months, separating myself from the real world around me like a method actor taking a role very seriously. That kind of dedication, I believe, makes for richer stories. While I do all I can to work on stories everyday, I don’t have as much time to dedicate to the craft of writing as I’d like.

There are real-world things to take care of, jobs to work, so many interruptions.

Now, on top of it all, writers are expected to spend even more time dealing in interruptions: blogging, tweeting, creating Facebook pages, making videos, speaking.

While I enjoy that, I know many talented writers who deserve to be read who don’t.

I wonder how many other Salingers we’ll never know, all because we’re expected to be fast and loud in a slow and quiet profession…