You are here: Home / authors / The Future of Books and Publishing 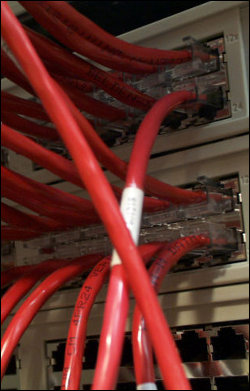 I recently watched Richard Nash’s talk about the future of books and publishing. (I found it here, on Booklife.)

There are some great points made in the presentation, but there were two that really stuck out:

Feature, Not a Bug

Some writers and publishers are thinking short and gimmicky these days.

They see a report saying books sales are a little down and they think people don’t have time to read, so they must go with shorter content, or make enhanced e-books that can compete with video games and the Web. (At the same time, many people miss the line in that linked report stating that adult long form fiction saw an almost 7% increase in sales in 2009.)

Nash talks about the strength of the long form narrative, how the medium is a feature, not a bug.

I’ve seen a lot of buzz about this video for an enhanced e-book version of Alice’s Adventures in Wonderland the past couple weeks. If you’ve followed this blog for any length of time, you know I’m in favor of e-books. But this enhanced e-book demo leaves me flat. There’s nothing I see in the demo that enhances the reading experience. It looks very distracting and gimmicky.

More than that, it seems to treat the long form narrative as a bug — not a feature, like something in need of repair.

There’s strength in the time it takes to read a book.

Nash talks about this and the importance of connections for writers and readers.

Nash has seen many writers who thought being published would make them happy. He’s seen writers who seemed let down when they finally got a book on the shelves and was left with a feeling of is that all there is?

More than being published, Nash speculates, most writers really want a connection.

Nash talks about the investment of time, and what readers and writers get from the time it takes to read a book. (By treating the long form narrative as a feature, not a bug.)

Nash talks about how when you buy a book the author is “…inside a person’s head for 15 hours and you own that proxy object, that cultural proxy object that connects two people to one another in a deeper, deeper way than any other medium.”

The writer, Seth Godin, is big on Tribes. He sees importance in being the person who connects people to other people, even if that connection doesn’t directly benefit you as the leader of a group. It’s about sharing and connecting people; it’s about being altruistic and hopeful.

Writers have the ability to connect people like this in big ways.

Even if you never hear from the fans reading your writing, if you have a following that’s stuck around or grown, it’s a safe bet that it’s at least in large part because you connect people.

Readers invest more hours with one story or idea than any other medium out there. To stick with it, whether they contact the author or not, the author’s made a connection with the reader. And when a reader has invested so much time in something and they find somebody else who invested that much time, they connect and talk, sharing the experience and the ideas that came with the experience.

The act of writing is the act of creating tribes.

If you’re looking forward to having time away from your day job this weekend to write, think about how readers will connect with you and how you will connect readers when you sit down to write.

Writing can be a very powerful thing.

If you have some time to kill, here’s Richard Nash’s presentation: