You are here: Home / Inspiration / Writing the Same Story 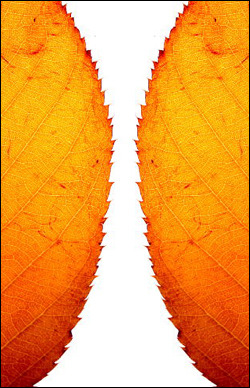 It’s bound to happen: as you work on a story, you read or see something very similar to what you’re doing. Sometimes, so similar, you might even consider stopping.

It happened to me recently, while reading The Night Circus

(affiliate link). Not that I even remotely considered stopping work on A Magic Life, but I did think, “If this plays out more as this book goes on, I could see somebody thinking, ‘Hey, he ripped that from The Night Circus!'” when this particular thing was something I was going to do in a comic book script that never saw production back in the mid 90s, long before The Night Circus was started.

The Failure of the Aluminum Hat

I’ve heard more than a few sorta-writers say, “They stole that idea from me!” (They being a publisher or movie production company.)

“Oh,” you say. “Did you submit your story to their company?”

“Did you pitch it in person?”

“Did you have somebody pitch it in your stead?”

“Ah! So you’re saying your aluminum foil hat to keep production companies and publishers out of your head failed you?”

“Well…no, I just like the way I look in aluminum foil, okay? Like I have a Hershey’s Kiss for a head — sue me!”

“No problem — to each their own. But…I don’t understand how they stole from you if all you did was think of something you never acted on.”

“Okay, so they didn’t technically steal from me. But we had the same idea. I should be the rich one…not them!” (They usually say this as though it’s that easy to make it big.)

In the early 90s, Gaiman wrote a comic book mini-series called The Books of Magic. The story is about Timothy Hunter, a teenager who lost his mother and comes from a less-than-ideal family. He wears glasses and finds out he’s destined to become the magic user of magic users. He has a pet owl. He is trained in the ways of magic and struggles with just trying to be a kid.

When Harry Potter came out, some accused Rowling of using Timothy Hunter as the basis for Harry Potter. While the media tried blowing it up, making it seem like Gaiman believed this, too (he didn’t) — even if Rowling had lifted aspects of Tim Hunter for her famous boy wizard, Gaiman didn’t have the market cornered on young wizards with glasses. Hell, the old Dungeons and Dragons cartoon had a boy wizard with glasses, and I’m sure that wasn’t the first.

The Funny Thing about Stories

Here’s the thing about stories: no matter how much we like to think something is new, it really isn’t — at least on a thematic level.

One could say my first novel, Hell Comes with Wood Paneled Doors, is a cross between National Lampoon’s Vacation and Stephen King’s Christine.

But Cousin Eddie didn’t influence Hell Comes with Wood Paneled Doors — relatives in Ohio and West Virginia did. (Example: one branch of my family tree had property along a bend in the Ohio River. The river flooded, and a houseboat washed down from upstream. It settled on family property and they decided, “Hey — free house!” adding to the houseboat over the years.) And I could think of no better way to establish right from the start that the station wagon in Hell Comes with Wood Paneled Doors is more than it seems by showing a father and son buying The Inferno from Satan. (That’s not a spoiler — it’s all very obvious, right from the start.)

Plots and themes and even writing techniques are anything but original. With mankind telling stories since the beginning, the same stories have been told so many times.

So why even bother? As writers and readers, why do we keep going back to stories? Because stories are the glue that binds us no matter who we are and where we live.

While the stories we tell are the same all over, it’s how we tell them that’s ours and keep people coming back for more.