You are here: Home / Queries / The Timing of it All 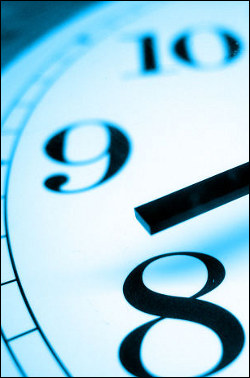 On Monday, I wrote about how all stories have — in many ways — been told before.

While that should never stop a writer from writing the story they want to tell, it’s not the only obstacle we face as writers.

Sometimes the timing of things can send a writer into a wall.

A big handful of years ago, I went to Atlanta for two months with the job I had at the time, working with a flight training center to turn their CRJ200 training program into a CRJ 700 training program. Stuck in a city I’d never visited, I tried seeing in the trip an opportunity.

I pitched some travel articles to a publication that accepted my work before, but nothing developed. (“We recently did a spot on Atlanta,” they said. “Bad timing on this one–sorry.”) On weekends, I worked on fiction in my hotel room. One day while running through a list of differences between the CRJ200 and CRJ700, it hit me: “Atlanta is where Williams Street Productions is based…”

Williams Street Productions is the studio responsible for Adult Swim — The Cartoon Network’s nighttime lineup. My first novel, Hell Comes with Wood Paneled Doors had gone nowhere as a novel (agents liked it, but said it was too quirky and they didn’t know how to market it). As a screenplay, it had a few close calls, both in competitions and in chatting with some studio contacts. But that was it — the story had run its course.

I chatted with people I knew until I had a contact at Williams Street Productions. I sent a quick pitch, letting the contact know I was in Atlanta for two months and would love to discuss the project in greater detail if they had time. Somewhere into the trip I heard back, and this was the gist of the message:

“Hey, this sounds really cool, but we’re working on this thing called Lucy, Daughter of the Devil, and we can’t do two devil things at the same time.”

Now, you might say, “Well, most production companies have several similar things going at the same time,” and you’d be correct. But like it or not — despite how different Hell Comes with Wood Paneled Doors is from Lucy, Daughter of the Devil — that was the decision. Maybe in the same situation to make the decision, I’d have said the same thing — who knows.

It had nothing to do with what I was pitching (the contact loved the idea), but it was all a matter of timing.

When I mentioned what happened to some people, they said, “You should just figure out what’s popular and write that.” (As though it’s that easy.)

Why I Don’t Chase Trends

I never try guessing what publishers and production companies want because I know no matter what I write, the timing of it all may or may not be on my side.

I once got a screenplay I wrote into the hands of a contact I had at a large studio that was being acquired by a larger studio. I was told, had I sent the screenplay a year or so earlier — before the acquisition — that they would have fought to get the movie made.

My timing was off.

The first travel article I wrote was pushed back almost a year after acceptance because the area I covered ended up in the news for other reasons. The publication felt they’d given the region enough coverage, and decided to sit on the article until I followed up much later.

My timing was kind of off.

Other times, things I’ve written were accepted quickly because it was exactly what a publisher needed at the time. (The publisher that pushed back my first travel piece jumped on another article I pitched and asked me to expand it because they were looking for the very kind of article I offered to write.)

Sometimes, my timing’s been good.

Whether we like it or not, timing and luck play into making it as a writer.

What may not be needed one month or even year may be the hot trend years down the line. (There was a time it seemed only Anne Rice could sell a vampire novel — now vampires are everywhere.)

Sometimes you write the most perfect thing and the timing of it all seems to almost conspire against you.

But write enough and keep submitting things, and sooner or later, time will be on your side!