You are here: Home / Ebooks / Amazon as Publisher 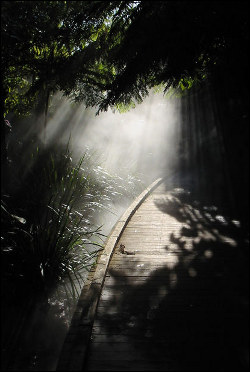 I’ve chatted before about how I see some parallels with self publishing e-books and self published comic books from the mid 90s. And I still wonder if it’s possible for an unknown writer of literary or upmarket fiction to find the same kind of success as some unknown genre self publishers. (There’s a great article about reasons not to self publish, here — with some great discussion in the comments.)

But what I’m most interested in today is what people think about Amazon acting as a publisher.

We Knew It Would Happen

From the moment Amazon mentioned that it was going to allow people to self publish their own e-books, it seemed only a matter of time before they sought out authors and let the world know, “We are now a publisher!”

I’ve followed Lee Goldberg’s blog for awhile. His “The Mail I Get” entries are a riot, and I’ve loved reading about his adventures in ebook self publishing. (The quick version: Goldberg had a pile of out-of-print books his publisher felt couldn’t make money. Goldberg got the rights back and released them as e-books, and now makes $70,000/year off of the books publishers said wouldn’t make money. That experiment was all he needed to convince him self publish e-books. He even stepped away from writing Monk novels.)

Recently, Golberg announced that he accepted a deal with Amazon to relaunch the Dead Man series he started with William Rabkin. Goldberg’s gone from self publishing his out-of-print books on Amazon to striking a deal that has Amazon acting as publisher.

And he’s not alone.

Do We Need Gatekeepers?

One of the rallying cries about the e-book self publishing revolution is that the gatekeepers no longer matter. Gone are the days of querying agents, waiting for them to reply (if they reply at all), and then hoping for representation and a deal that takes a long time to get your book on a shelf (where it most likely won’t sell). And there’s some truth to it. (Although I still think the traditional route — at least right now — is the best bet for upmarket and literary authors.)

A friend [somewhat] recently sent this article to me. There are some interesting comments about the article — pro and con for self publishing e-books. Some replies are mellow…some not so much.

What I found interesting are replies like this one. There seems to be no loss of people out there who believe that publishing needs barriers. I’ve seen a bestselling writer I follow online talk about how there needs to be even more restrictions on who’s published so those who are published can make a decent living, instead of having so much out there that the market is watered down. (I heard the same thing about comic books — even experienced it myself, but so what?)

I get where these people are coming from. It’s human nature to be a little pissy when you’ve put years into something and along comes somebody who hasn’t put in the time — “paid their dues.” These new writers, some feel, not only have the same opportunities (and shouldn’t, the feeling goes), but even — in cases — sell more with a thrown-together e-book full of typos than the book that took them such a long time to write.

My thoughts: people have a right to publish…even if what they publish is absolute shit. And if what they put out isn’t crap, all the better. I can’t imagine an America where those who came before me (e.g. American revolutionaries, Frederick Douglass, and many others who self published), had been barred from publishing…not that I’m saying that “yet another YA fantasy story” is on par with the writing that led to American freedom, but still.

I’ll be a little snobbish:

But…more power to Stephanie Meyers and people who take their time to write a self-published e-book…even if it’s rushed and not-so-good.

I’ve only liked a few clowns in my time, but hey — I can’t knock a party clown making a living doing what they do while most of us have jobs we do out of necessity, not love.

And while my wife and I have some nice furniture, the desk I’m writing this on was purchased at Office Depot years ago and has served me well.

The Thing about Literary Fiction

If I’m going to pitch a fit about some genuine hack writer cranking out 12 shoddy e-books and making more money than me — going as far as saying it’s not their right and that it signals the fall of civilization — I’m not doing myself any favors.

As much as fans of literary fiction talk about what a shame it is that many literary masters can’t make a living writing books, if those same writers went mainstream, I have to think many of their fans wouldn’t like it. Part of the appeal of literary fiction — even though many won’t admit it — is its exclusivity…that ability to say, “I have more taste than that person over there reading a Twilight novel.”

I understand the reaction to feeling like gatekeepers are needed, but I have much bigger concerns as a writer: putting my all into the best book I can write and being happy that people can read it — whether it’s a physical book picked up in a store, or an e-book I published online.

What do you think about self publishing e-books and Amazon acting as a publisher? Good, bad, indifferent?

Do you think people like Gary Vaynerchuk below are being over the top when they say traditional publishing is on its knees and about to die, or is he onto something?

One thing’s certain: wherever you stand on the issue, people are buying more e-book readers than ever and open to reading e-books.

Anything that keeps people reading is good for us all.