You are here: Home / Inspiration / The Little Things About Writing 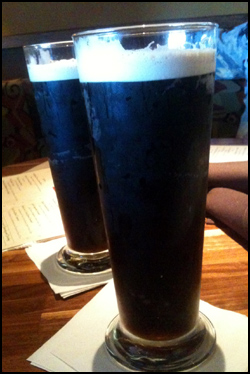 When writing a novel, it’s typically a good practice to have each scene move the story forward.

If you’re not moving the story forward, what is written should at least focus on the traits and motivations of characters.

Sometimes, though, you just have to write that one little thing for no other reason than it’s so much fun!

Years ago when I was a street-performing juggler, I always tried keeping subtle moves that only other jugglers would recognize as difficult out of my act. I did leave room in what I was doing to have a couple moments of free juggling, though, where I sometimes threw in those little moves most people never noticed.

At the end of a show, it was always nice to see money in my hat, but even better — when a member of the crowd (or even another juggler who just happened to be watching), stopped by and said, “That quick blind catch and exchange behind your back was great!”

In the recent chapter of the Hell Comes With Wood Paneled Doors podcast, there’s a scene that doesn’t move the story forward, and it doesn’t necessarily reveal anything groundbreaking about the characters that isn’t already known. Still, it’s a scene that makes me laugh every time I read it, even though it’s not in-your-face funny. It’s one of those scenes I wasn’t willing to kill; the writing equivalent of one of those nifty little juggling moves few people notice.

Tuesday afternoon, I went out for a drink with a friend I haven’t seen for awhile. He’s been listening to Hell Comes With Wood Paneled Doors.

I finished the novel in the early 2000s, when my sister was sick with cancer. She didn’t get to finish reading the book, but this goofy little scene was one of her favorites as well. Before getting a couple Guinnesses with my friend the other day, he sent me a message on Twitter:

When we got together for a couple drinks, he talked about how much he loved that silly little throwaway scene and the podcast.

Maybe it was the power of the second Guinness, but knowing that others appreciated the scene I found so funny made all the rejection I’ve faced as a writer and all the hard work worth it.

Always do your best to be sure the scenes in your story advance the plot or reveal something important about the characters, but don’t be afraid to leave a couple of those little scenes in.

If those scenes make it into the final draft, they may be overlooked by most people, but hearing from the few people who loved them as much as you did makes the act of sitting alone in a room for hours more than worth it…

(It’s also worth it when you hear from the Belgian surf band that you used for the theme music for your podcast and you get a flood of visitors from Belgium! This is the best thank you I can muster at 12:19 a.m.)