You are here: Home / The Juggling Writer / Shut Up and Listen 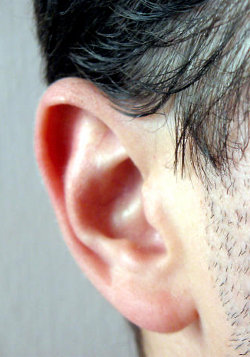 Listen.
With faint dry sound,
Like steps of passing ghosts,
The leaves, frost-crisp’d, break from the trees
And fall.

I’ve met a lot of people who want to write but have a hard time listening.

One of the most important things a writer can do is listen.

If you have a hard time keeping quiet and listening, here are a few tips that may help you.

I’ve known of many would-be writers who ask writers for advice…and then ignore it.

They ask how to write, how to submit, how to get an agent — and after a busy writer takes time out from their schedule to help them, the person asking for help does nothing with the advice.

If you ask somebody for advice or help, you owe it to that person to sit and listen…and then do something with the information they give you. They don’t have to help you — they’re doing you a favor.

It’s not an editor’s job to tell you what you are doing wrong; an agent doesn’t need to offer advice; writers are busy writing.

If you’re not going to listen to the advice you’re asking for and follow up with action, stay silent and let another writer who will listen and act have the chance.

Listen to the Way People Talk

At day jobs, I’ve always been the person who can get along with the people others loathe. The person who babbles on and on, wasting everybody’s time…? I can stomach that. The ranting conspiracy theorist always gets my time. People with opposing political views, religious views, or any view get my time as well.

I listen to people others think are “below” them. I talk to the people emptying my trash in part because one of the many jobs I’ve had was a janitor, but also because that person has different stories. I’ve listened to homeless people, people running large companies, and people from backwater towns.

I listen because I like people, but in listening to the people others ignore, it’s helped me write better dialogue.

If you don’t listen to that person from the sticks, when it comes time to write a character who lives in the middle of nowhere, everything you write will sound like  a stereotype.

That’s not fair to your writing, your readers, and definitely not fair to the people you never got to know.

Listen to the World Around You

My wife and I ran around in the snow for a couple hours. She loved the way the snow sounded as it crunched under our feet. We stopped in a park and listened to big snowflakes fall.

On our evening walks, we’re usually both fairly quiet, spending the time as we trudge along thinking about things.

I spend a lot of time listening.

I catch the sounds of animals, distant trains and cars, planes, the wind, people chatting in backyards. I listen to my breathing and my feet hitting the ground. I hear things far off; not because I have particularly good hearing, but because I open myself up to the world around me.

While I’ve always been a writer who believes less is more when it comes to descriptive prose, a couple well-placed lines appealing to the senses — in this case, hearing — put your stories in a bigger world that seems alive, not a constrained world that seems fabricated.