You are here: Home / Inspiration / A Week from Today 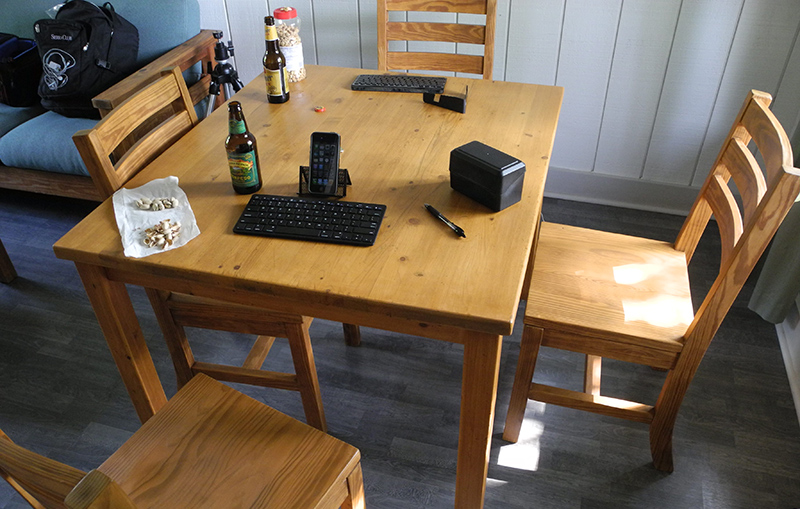 A week from today, I will be writing. Rewriting, actually. (Rewriting a novel and hanging out with a friend on our annual writing retreat.)

I’ve talked about the retreats here and here (and other times on this blog). I won’t talk about all the things I like about the annual writing retreat again, but its importance is not lost on me.

Without the annual retreat, I would still write next weekend. During any given weekend, I can dedicate more time than usual to writing and get as much done as I will next weekend. When you think about it, a Friday afternoon, a full Saturday, and a Sunday morning is not enough time to really make a lot of progress on something as slow-going as a novel.

What matters about next weekend is simply making the time — saying that writing is important enough that I’ll dedicate a weekend to going someplace else to do it. Having one weekend a year where a friend and I allow each other to talk about writing matters. (The usual rule is shut up and write because once you talk too much about a story, why bother writing it?)

When talking about the retreat with friends at work and other places, people say, “Man, that sounds nice…” And they’re right: it is. What they seem to really be saying is this:

They talk about it as though a retreat is out of reach.

We pick a cabin in a state park each year because it’s affordable and free of distractions. About a hundred bucks for lodging, 3 – 6 hours of gas money, food we’d be eating anyway, and…it’s a retreat!

Whatever your thing is, there are few things better than grabbing a friend (or five) and making that thing you love important enough that you make getting away to do it an annual thing…