You are here: Home / Writing Tips / Why You’re Not Writing 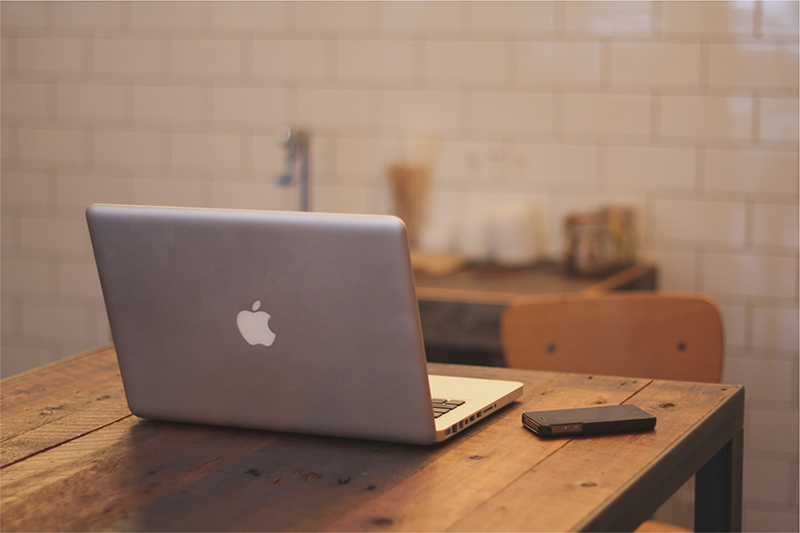 Ask someone who wants to write (but isn’t writing) why they aren’t producing, and you almost always get this answer:

I don’t have time.

When I hear someone say, “I don’t have time,” I ask them what their favorite TV shows are. They usually rattle off 3-5 shows; sometimes many more. If you watch more than a couple TV shows, or spend a lot of time online, you have time — you just choose to use that time for other things, and there’s nothing wrong with that.

With few exceptions, most of us can find 30-60 minutes a few days a week to write.

There are other reasons than “I don’t have time,” people don’t write. I’ve talked about time management and writing before. Today, I want to talk about other reasons I’ve heard from people about why they don’t write (and what you can do about those things).

You wake up and it’s still dark. You rush around, getting ready for work — maybe getting kids ready for school on top of things. If you work in an office, by the end of the day, your mind is probably frazzled. If you work in a warehouse, your body is probably exhausted. You get home, and there’s still so much to do. Finally, when darkness has fallen, you get a little breather before bed. So you watch a TV show or two and fall asleep so you can get up and do it all over again tomorrow.

There’s no shame in being tired because life is a rush, but there are still things you can do to still get writing done:

That first novel. For many, it’s a thinly veiled autobiography that’s probably not that interesting to anyone but you. Or it’s a massive epic that would give even a seasoned writer difficulty to pull off.

It’s great to have lofty goals with an early novel, but if you’re not quite ready to pull it off, you can easily find yourself where many writers find themselves: struggling! Fortunately, it’s easy to fix:

There is no Muse — no metaphysical creature or currents that swirl and eventually find a way into your head. If you have to read quotes about writing or spend hours on YouTube watching authors talk about the act of writing, you’re probably not going to write. Regular writing is rarely an inspired act.

So what can you do if you’re one who waits for inspiration? This:

Speaking of people writing authors to ask permission to write, listening to the opening section of this episode of the Tiny Sense of Accomplishment podcast is a perfect example of this very thing. (That, and I just love this podcast!)

Some people are just lazy. Sure, the appearance of laziness can manifest itself from exhaustion, fear of not being able to pull something off…so many things. But straight up, there are people who are just lazy. They are wired a certain way, and it can be hard to break. But it can be done.

I’ll let you in on a little secret: I’m lazy. Seriously. If someone gave me a massive pile of money that would last the rest of my life and said, “You don’t have to ever see a day job again or do anything you don’t want to do for the rest of your life,” I could seriously be content lying around and not doing much at all. I take a certain happiness from just being. When I’ve had all the time in the world afforded to me, much of my time was spent happily lying about, really doing not much at all. You know those people who say they must be doing something to be happy? I’m not that person. I can truly enjoy months of doing nothing at all. It’s only when I look at time that I’m not as lazy.

Even with the best day job I’ve ever had (my current day job), there are efforts I make in opposition to a day job. Perhaps because I’m so lazy, on some base level, I resent having to do anything in life I don’t want to do. My early remedy was to oppose my day jobs in every way I could. This resulted in completing things: juggling routines back when I performed and wanted to be a juggler when I grew up. Writing regularly in the hope that I could eventually have a day job in which I actually sat down and worked for a handful of hours a day — and then had the rest of my day to do not much at all.

Sure, there are those writers who physically put in a full day’s work, but when you really look at the routines of many successful writers, they write for a few hours a day. They never stop working, because a writer is always working, but between books, many writers may go years just piddling around, coming up with their next thing. Then…they work a handful of hours a day to finish something so they can go back to a slower life. (Granted, this way of life is even more rare than making it as a very prolific writer, which still has very slim odds of affording a comfortable life.)

If you’re lazy, consider doing this:

This one might seem weird to some people, but stick with me. There are people who, early on in life when there are usually more struggles, say, “I will establish myself, raise a family, and then write.” And some people do.

Most people I’ve known with that plan, however, do not.

There are of course exceptions, but generally…the older we get, the more established we get. If you don’t establish writing habits early, you have other habits established over the years. Chances are, you have some habits that make you happy. When you’re happy and have long-established routines, adding something that isn’t easy — something that takes some years to complete a work — isn’t even as easy to add to one’s routine than working out. (There are far more people in my neighborhood working out than writing novels.)

I would rather have a drink and chat with people I love than to sit down and write. I prefer going for a walk with my wife to sitting down and writing. Remember how I said I’m lazy? I’d rather lie down on the couch and “read,” which often means reading for about five minutes until a nap hits. It’s only because I’ve established a habit of writing that I write. (I do enjoy writing, but I find it more fulfilling than fun.) This doesn’t mean I’m not dedicated to writing; my days are spent writing (technical writing), and I blog, write fiction, and write other things as well. But I no longer write as obsessively as I once did because I’m happier than I was when I was younger, and I prefer to be happy than busy writing.

Given the option of only one thing, most people would like to play with their kids than to sit down to write. (At least I like to believe that to be true.) Many people would rather go out to dinner with friends than sit down to write. (Here is my edge; as much as I can be social, I rarely do more than one social thing a week and, even if asked, I almost always say “Nope!” It’s how I get things done, and it’s a long-established habit for me.)

Most writers I know who make supplemental income writing (or even a full time income from fiction), get things done because they’ve made it a habit. They know what time they will write on any given day and they don’t allow anything to get in the way of that time. Tired? They still write during their time. Not inspired? They still write during their time. They know how easy it is to let distractions rob writing time, and most people I know freely admit that they’d rather have easy fun than work hard at something that can take a lot out of them.

I’m not even going to make a little list at the end of this point…just know that there’s nothing wrong with being happy. I endorse it long before struggling with something you’re not sure about doing, simply because I’d rather live around happy people than moody friggin’ “artistes” who — decades later — still believe suffering for art is one of the most important aspects of creation.

The happiest people I know still often suffer beneath the surface, and they still remember struggles they can pull from them to make honest, inspiring work.

To Make This Piece Even Longer…

All these reasons for not writing might destroy the magical notion that writing is an inspired act. They might infuriate those who spend every free moment obsessively in pursuit of their art at all costs. But for most people I know, these are not just the reasons they don’t write — they are the reasons they don’t do many things. So I figured I’d share them. That’s always been my goal, here: simply to share what’s worked for me and throw out things I think about in the hope it helps someone else.

Twenty-two-year-old me would have said, “If you aren’t willing to dedicate yourself to your art like I am, you don’t deserve it!” I’m now old enough to know that the whole idea of those “deserving” success is often arbitrary at best and worse, often based on some perceived suffering in pursuit of a way of life that often does not result in great work. While I hear some people say, “That writer’s work was best when they were young and hungry,” they are often people who still cling to believing that raw is real, and that something polished has had the life taken out of it.

Yes, I like prose that makes me feel like it can cut my fingers were the words made physical and I could drag my hand across their surface. There are few things I love more than rough sketches done by comic book artists before they refine pages. I like any created thing with a spark of life that feels like it’s new and cannot be contained. But I say this as a guy who struggled and suffered for his art, putting it before all things in life at times:

There is a lot to be said for the work of someone who has mastered anger and control and then applied it to art.

For most people, that comes with age.

True, the likelihood of anyone reading this writing their first novel and seeing it become a best seller is a bet I wouldn’t take. But there is something about creating something when one has reached a certain level of comfort that middle age often affords.

I no longer care about having my work validate me because I more than know who I am and what I’m capable of doing. When I think about so many writers and artists and other creators I’ve known (and still know), when we were young, we were finding our way as artists…and as humans. Now, every one of us who has stuck with it is good at what we do. There’s no denying that much of that came with practice, but I think we have to also factor in growing up a little bit.

While there will always be a little punk-ass side of me that may believe, “If you haven’t written yet, you probably never will,” there are many successful writers out there who started later who can disprove that way of thinking.

You have no excuses, so…go and write!