You are here: Home / authors / Dandelion Seeds in the Wind 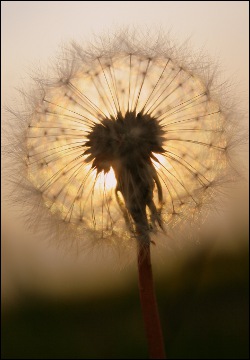 I was born in Chicago and moved to Mundelein, Illinois when I was young. Mundelein isn’t far from Waukegan.

Waukegan is where Ray Bradbury was born…

While dyslexic, I loved to read. My favorite thing about school wasn’t recess or lunch or gym or any of my classes…my favorite thing was being allowed into the school library each week. I loved borrowing books. I loved writing my name on the little card that was placed in a sleeve pocket on the inside cover to remind me when the book was due. I always looked forward to turning books in because that meant there were more books to read.

Somewhere in third grade, I found a book I didn’t want to return: Ray Bradbury’s Dandelion Wine. I didn’t know at that time that the story he told took place in his version of Waukegan, Illinois; I only know his story reminded me of where I lived. There’s just a feel to those towns in Lake County…even a larger town like Waukegan. Dandelion Wine was a book as much about me as it was the characters in the story as far as I was concerned.

I was Douglas Spaulding.

I told my teacher that I was having a hard time finishing the book so I could keep it checked out and read it as much as possible.

Other Bradbury novels followed, but none were as loved by me as Dandelion Wine. If you know me, you know I am a big sap, and for all Bradbury’s tales of faraway places, I recognized at a young age that it was his more earth-bound stories that mattered most. When I got older, I realized his other stories were just as much about humanity as they were about Martians; no matter where they were set, they were human and bound by green places — even the red planet. Everything the man wrote oozed of everything we are as a species.

When I started considering writing as something I wanted to do as more than just a hobby after high school, I returned to Bradbury. His short stories. Man, those short stories! As a kid, I read my mom’s copy of The Golden Apples of the Sun and quickly found out that just because a story is short doesn’t mean it doesn’t matter. Bradbury’s short stories took me places and made me think of things beyond my own imagination.

The stories collected in The Toynbee Convector came along at the perfect time for me. I was finding my way as a writer, and stumbling upon stories like the “Laurel and Hardy Love Affair” — a story about two lovers who went their separate ways and the exchange that occurs between them many years later — floored me. “One for His Lordship, and One for the Road!” made me laugh and appreciate quirky small towns even more. “At Midnight in the Month of June” creeped me out because it meant that a place like Green Town was not so idyllic after all. Sure, I knew creepy things happened there, but not that creepy!

I’ve taken one creative writing class in my life — in college. I was lucky to have an instructor not out to teach us to write a certain way, but nudge us where we didn’t know we could go. We had a reading list for the class, but in the place of reading novels, we were allowed to go to Southern Methodist University to see a series of writer lectures. One of those writers was Ray Bradbury. Of course, I wasn’t about to miss that.

I’ll spare the details about the lecture, other than to say it was one of the few moments in my life that — just like that — changed my life. What was said in that lecture as I was just starting out writing comic books and short stories shook my world. It was the night I decided, “Yes, of course — I must take that leap and see what happens!”

After the lecture, I wandered down to the side of the stage where nobody was. There, behind a closed curtain on a stage, was Ray Bradbury. He was sitting in a chair with a light shining down on him. Just him — nobody else. I’d like to say that I wandered up the stairs and said, “Mr. Bradbury?” and chatted, just the two of us. But I was too shy and full of respect, so I waited in line to meet him just like everybody else. But still, there was something about that moment, seeing the man I looked up to sitting in a chair, alone, on a big stage…it was just cool — this quiet moment after he’d at least changed me forever and, I suspect, others as well.

When I met Bradbury, I shook his hand and told him that Dandelion Wine was the one book I really considered never returning to the library. I told him I grew up in Mundelein.

“I know people in Mundelein!” he said. And, just like that, we were talking about our Green Towns with fond memory.

I wasn’t talking about his influence on me or anything like that…I was talking with him about home. Such a strong thing, home. I got more time with him than anyone I saw because we talked about northern Illinois and how, even though we’d both moved away, it’s something that never leaves a person. But that’s what home is about, no matter where it was — we all have our Green Towns, even if you live in the desert Southwest. Being able to talk about home with Ray Bradbury is a memory that will be one of my last to go.

The last Bradbury novel I read was the last novel he wrote: Farewell Summer. There are a couple Bradbury novels I haven’t read, but I like that the follow-up to Dandelion Wine is my last — the two books are perfect bookends for my Bradbury experience.

Reading Farewell Summer when it came out, I admired the confidence and command of Bradbury’s writing. I know some critics said it was a bit thin around the edges, but I think those critics missed something: the book is not just a farewell to summer, but a farewell to childhood and innocence. Douglas Spaulding’s lifetime will be shaped by the events in the two books — Bradbury knows this because he lived it. As one who’s been there, I know much of my life was shaped in fields and treetops in the company of friends, and alone, in northern Illinois.

Douglas Spaulding — and all of Bradbury’s other creations — will never stop running through the pages. Even if those pages climb above 451 degrees Fahrenheit, they will still run on!

Ray Bradbury may be dead, but his stories will never die. Not because he was such a craftsman who regaled us with his skill, but because he was once a boy who grew up in a green town in northern Illinois and never forgot who he was. 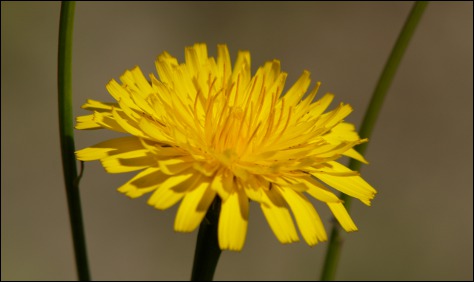