You are here: Home / Inspiration / A Word of Warning about that Writing Thing Pt. 3 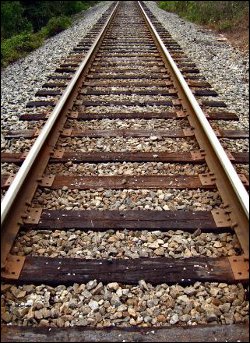 In Part 1, I discussed my 20-year plan for writing [success].

In Part 2, I discussed where that 20-year plan when wrong…and the moment when things got better.

And that’s kind of the point, I suppose…

So what does one do when they create a ridiculous, self-imposed deadline from which there’s no turning back?

I suppose it would have been easy to be dramatic about reaching 40 and not being where I thought I’d be as a writer. At the very least, I could have at least stopped writing as symbolic suicide. But even as extreme as my deadline was — a silly concept that did me no good as a writer (and even a bit as a person) in the waning years of my 30s — it wasn’t such a bad thing. It forced me to look at what I had done, and realize that I’d done much of it under hard times.

I’ve mentioned the pituitary tumor on occasion. It’s usually a passing mention because generally, I’m not one to complain. Last week, the tumor made its presence known more than usual. I took it easy and didn’t write as much as usual. Those weeks happen — just like those times something comes along and gets in the way of writing. (This week it’s been the flu.) Sometimes it’s work, sometimes it’s life…and sometimes it’s writing itself. (“Do I work on this, or that?”)

Some weeks, if the best it gets is the effort — not the goals you planned to hit — it’s still nothing to get upset about.

There’s no doubt that I could have written more in my 20 years as a writer up to that particular point in my life, but I’d written quite a bit…and most of what I wrote was good. (I base this on the close calls I’ve had — not out of arrogance.) I’m one of those who would rather write three of the best novels I can in my life than handfuls of novels that were good, but not my best. Nothing wrong with either scenario, but I had to do what was right for me.

And that meant finally finishing Promise.

In 1999 or 2000, I wrote the first words that would become my novel, Promise. I recognized something early on: I wasn’t ready as a writer to tackle such an involved story…so I wrote a couple other novels, all the while writing a few drafts of Promise.

But it still wasn’t what I knew it could be.

As I neared 40, I saw not having Promise done as my greatest failure. After turning 40, though, I looked at the several drafts of Promise I’d written and cut myself some slack. I wrote while watching my sister die over the course of a couple years. I wrote while I struggled to find a balance with a brain tumor of my own. I wrote during layoffs and during overtime. Maybe not as much as I would have liked, but I never stopped, even during tough times.

I didn’t give up when I turned 40. After turning 40 on Enchanted Rock — after all the thinking I did that week and the days after the trek around Texas — I let go of all the baggage I carried with me. And I wrote.

I completed another draft that was finally going where I knew I’d wanted the story to go all along. When I was laid off from my day job the week before Christmas later that year, I didn’t panic. I used the time to write while looking for work and doing some odd jobs. And shortly after turning 41, I had the book I’d always dreamed of writing.

It felt good having the draft of a novel that often felt like it was weighing me down, but even better was the feeling of pride in recognizing that I wasn’t ready to pull it off at 30.

It’s definitely a case of being worth the wait.

Promise was met with the usual rejections from agents that most of my writing faces: “I loved this, but…it’s a bit quirky, and I’m not sure how I’d market it.”

This time around, one of the top 5 agents on my dream list of agents read Promise. While they passed, they appreciated what I’d done with the story and my ability to put the reader in a small town in northern Wisconsin. It was one of the more detailed rejections I’ve ever received. What stuck out most was being told, “You’re a very talented writer…”

For some reason, reading those words was good enough. At 30, the rejection would have stung, but as I moved into my 40s, I realized that respect is good enough. Sure, I’d love to write novels full time, but I also realize that I’ve chosen to do something that’s based in large part on being discovered. No matter how good one is, it’s a career that relies on a certain level of luck or loudness. I have no doubt there are many writers out there, much better than me, who will never even have the close calls I’ve had. When I look at it like that, I’m left with this: The best I can do is just be the best I can.

Anything beyond that, at least in part, is out of my control.

As long as I’m true to the stories I want to tell (and make an effort in having those stories seen), I’ve done all I can.

And that’s a liberating feeling.

I can say I should have done more as a writer along the way, but I didn’t. I could go on about what I’d do differently if I could relive certain moments of my life, but I can’t. I like that I have a few regrets; good stories often revolve around regret.

And I like that I can look back on the 20+ years I’ve been writing and see how far I’ve come.

As long as I focus on those two things —  happiness and writing — until my natural deadline comes calling, it’s a damn fine life!