You are here: Home / Miscellaneous / Why I Don’t Like Story Outlines 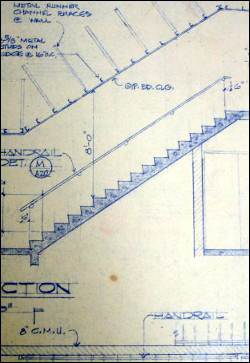 I’m one of those writers…the kind that doesn’t use an outline.

When I wrote independent comic books, I outlined. For series stuff I’ve worked on, I make notes that could be deemed outlines. Rough outlines, but outlines nonetheless.

But for me, the best way to get a good story out is to just charge in and write it. It’s a method that works for some known writers.

As I come to the close of the first draft of the latest project, I’m reminded of why I don’t like outlines: they take the fun out of writing for me.

The current project, a young adult novel(la) called Old Man, was originally started as a comic book project, and ended up a screenplay. Screenplays make damn-fine outlines. But there’s a problem with them: when I sit down to write, I know what’s going to happen.

Working from an outline, there are no surprises. Writing then becomes a tedious act for me…so much so, that it’s hard to enjoy. It’s more like transcribing something than writing.

Were it not for the handful of new scenes I’ve written along the way to keep myself interested, I’m not sure I could say I’ve enjoyed this project. I know the finished story will be good (as a screenplay, Old Man was almost picked up by a major studio and optioned from a smaller production company). But working from a detailed outline, the act of turning it into a novel(la) hasn’t excited me.

It’s Not the Destination, but the Journey

I’ve heard plenty of people say that when traveling, it’s the journey that matters — not the destination. Obviously, it’s all those things (and more). But there’s something magical about the journey, in the “getting there.” It’s a sentiment that also applies to writing.

For me, the best “outline” is a finished novel. I get there by having at least a vague beginning and end. Once I have that, I can jump in and start writing, even though I may not even have character names. I jump forward, writing scenes out of order, and then loop back to earlier scenes when I know what happens later in the book.

Somewhere along the way, it all comes together in a flood of excitement that keeps me wanting to write more than doing most things in my life! That excitement in infectious.

When working from an outline, I sit down and think, “Okay, time to write what I already know.” There’s little excitement in the act; it’s like driving from point a to point b without even looking at the scenery along the way.

What about you? When you write, do you use an outline? If so, how detailed do you get — what’s your process?

This entry isn’t to condemn the outline; what’s important is finishing stories no matter how we get there. Outlines work wonders for some. I always try to outline, but it just doesn’t work that way for me.

I’m interested in hearing about what works for you.