You are here: Home / Writing Tips / Writing Down the Dream 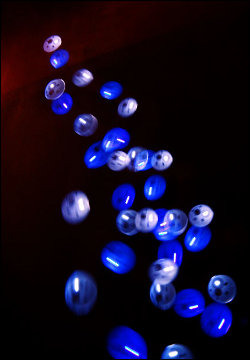 Since the Paris Review put all their author interviews online, there’s no reason for a writer to ever be bored. I love reading interviews at night, before sliding off to Dreamville.

The other night before going to sleep, I read this interview with Haruki Murakami.

If you’ve never read a Murakami novel, the best way to describe them is like reading a dream.

While I really liked Murakami’s memoir about running and writing, it’s his novels that floor me. Not so much in their craft (that’s not to say they aren’t well crafted, because they are), but there’s something about the dreaminess and flow to a Murakami novel that I really enjoy. (Not that I can claim to be an expert on his books, having only read several things he’s written.)

There’s a section of the Paris Review interview that seemed particularly telling to me in explaining the dreamy aspect of Murakami’s writing.

If you want an in-depth glimpse into how Murakami’s structured his life in order to write, pick up What I Talk About When I Talk About Running (Vintage International)

One thing new to me that was discussed in the interview is how Murakami just jumps into a book, planning be damned! He uses the example of opening a novel with a murder:

I know everybody is different in the way they approach writing. Some writers must have a detailed outline before they can begin writing. Others focus on their environment — they must write in the same place each day. Still, others wing it, writing wherever and whenever they can.

I would never insist there is one way to write…but I will say this: if you’ve been talking about writing more than actually writing, put your ass in a chair and write!

It doesn’t matter if you don’t know where you’re going; clearly, if you’re not producing, what’s it going to hurt to be like Murakami and just do it!

It Really Does Work

A confession: I usually don’t know where I’m going when I write — even when I think I have it all figured out.

I don’t know how the novel I’m currently working on ends. I’m okay with that, though, because the last thing I wrote…ended differently than planned. My first novel didn’t end entirely as planned, either — and the novel I shelved after writing my first novel? Same thing: the ending wasn’t what I thought it would be.

It’s not that I believe the characters take over and tell their own story or anything like that; I just believe you can’t truly know a story until you sit down and actually write it.

And that means much of your time is spent moving into things you didn’t plan, whether you’re working from a detailed outline or not.

If this is good enough for an international, best-selling novelist, isn’t it at least worth trying if you’re not doing much more than only thinking about writing?

“I myself, as I’m writing, don’t know who did it. The readers and I are on the same ground. When I start to write a story, I don’t know the conclusion at all and I don’t know what’s going to happen next.”

A dream can’t happen until you make it real, and the only way that happens is by finishing things.