You are here: Home / Books / Judging a Book by its Cover

Yesterday, Chuck Wendig shared the cover of his upcoming novel, Blackbirds, on his blog. (Go here to see the whole thing in all its stunning glory; it’s mighty impressive stuff! And if you’re curious what Wendig’s writing is like, I can think of a pile of worse things you can do today than dropping $2.99 on his short story collection ebook,  Irregular Creatures

Judging a Book By Its Cover

I’ve always heard people say, “You can’t judge a book by its cover,” but I’ve always had good luck when I have.

I found my favorite book, A Trail of Heart’s Blood Wherever We Go: A Novel

(affiliate link), based on the cover over there on the left. (Sorry it’s such a small image — I no longer have this edition, and all I could find was a thumbnail.)

While browsing the long gone Dallas/Ft. Worth bookseller, Taylor’s Books one night, I stumbled upon it. Something about the color and cover art appealed to me, and I picked up a wonderful book I may not have picked up had it not been for that cover.

The Power of a Good Cover 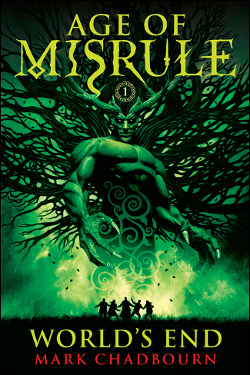 I met John Picacio at a comic book convention in 1992. He made the move from comic book art to book covers and hasn’t looked back.

Anyone with a sense of design can put together a cover based on stock photography and typography, but it takes something more to create a cover like the World’s End (Age of Misrule, Book 1)

(affiliate link), cover to the right, and the covers above.

John doesn’t just read the copy that goes on the back of the book or the copy on the inner jacket and throw together a cover; he reads the book and puts a lot of thought and effort into creating an image he (and the writer) feel sums up the book.

That’s a heavy responsibility and no easy task.

A Reason for Covers

We can all say we shouldn’t judge a book by its cover, but there’s a reason so much goes into cover design: next to a known name, a strong cover can get a book into a potential reader’s hands, where the copy hopefully does the rest.

John Picacio’s one of those artists who can get a store to stock a book facing out and get readers to pick up books they may have never known existed.

A Sense of What’s Inside 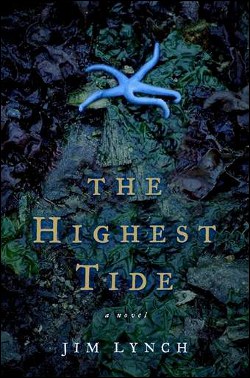 Another favorite book is Jim Lynch’s, The Highest Tide: A Novel

It’s a case of a good photo and a simple design.

The thing that struck me reading the book was how colorful Lynch paints the night. Some of my favorite writing in the book takes place at night, and Lynch’s prose oozes with a color that’s hard to describe.

It’s easy to see the night as just this dark thing with no depth, but Lynch’s writing is summed up by the cover of the hardback version of The Highest Tide.

Seriously; it’s that soothing and natural.

I’ve written about ebooks quite a bit. I’m a fan of ebooks. But if there’s one thing I don’t like about them, it’s that many lack great covers.

Some ebooks come with only text covers. (Call me a traditionalist, but even at $.99, I feel cheated without cover art.)

Other ebooks have covers that look great on an iPad, but they lose something when reduced to a thumbnail on an online bookseller’s site, or on a smaller device. It’s kind of like the jump from album cover art to CD art, and then thumbnails online.

While I like being able to release some of my writing as ebooks, I miss out on the excitement of seeing what an artist comes up with. I don’t see their interpretation of what I wrote.

For many readers, ebook cover art doesn’t matter. And while I like that readers are going for a story, there’s a little bit of me that hates that some great artists are already considering other options for their art after years of designing book covers.

Do you judge a book by its cover?

What are some of your favorite book covers?

If any of the covers below appeal to you, go here to check them out. 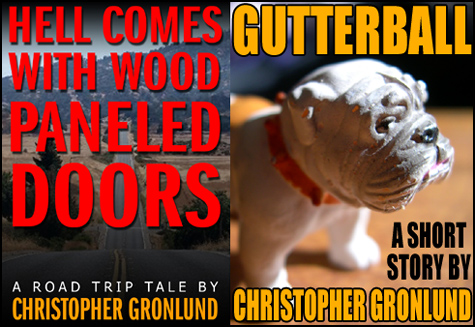 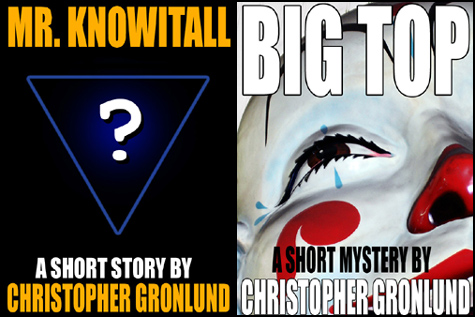