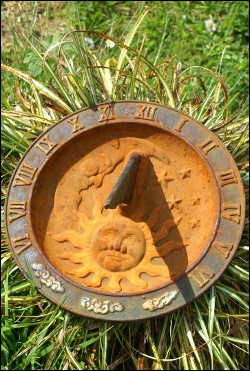 Originally, tomorrow morning would have been the day — the day that I went back to Facebook, Twitter, and Google+.

Four weeks ago on my personal Facebook account, I mentioned that I was thinking about taking a 30-day social media break. Friends dared me to do it, and 30 days became 50. After being dared by C.M. Stewart to go 100 days, it will now be late November before I log back on to any social networks.

I’ve made it a month so far…

This Week, Not So Bad

Last week, I mentioned that I miss social networks on Saturday mornings. It wasn’t until later in the day, yesterday, that I realized I didn’t have the usual Saturday morning urge. I woke up, chatted with my wife, and wrote. I worked a little bit, too. And I relaxed and read.

It wasn’t until getting ready to visit somebody Saturday evening that it dawned on me: I didn’t even think about Facebook, Twitter, or Google+ for most of the day.

While I’m back on another pressing project at work, I’m still working on revising my second novel for an ebook, as well as doing some other writing. I have this weeks’ blog entries written and ready to go. I shot video for some extra Juggling Writer entries. And I still had time to sit around doing nothing.

I’m not saying social media sites took up so much time that I now have tons of extra time, but I did spend a good hour or so each day on social media sites. Since I’ve always made time for writing and relaxing, the extra hour or so makes the time I already set aside seem that much longer. I never realized how quickly the stresses of, “I need to do this, or that,” creep in — even subconsciously.

When It’s Been Hard

When I found out that @dubejuggling wished The Juggling Writer a happy two-years, I really wanted to log on to Twitter and say thanks. It’s still in the back of my head to do just that one thing.

I’m a member of a great local WordPress users’ group. During monthly meetups, the group communicates almost exclusively through Twitter. (#dfwwp.) It’s hard to ignore that.

In mid October comes the big test: I’ll be attending PodCamp Dallas. Especially during tech conferences, nothing seems to beat Twitter for seeing what’s going on and for communicating with everybody. Last-minute changes and impromptu gatherings are usually passed along through Twitter. October 15 will be a tough day.

It was also strange for The Juggling Writer to turn two without mentioning it on social media sites.

But those are the few times it’s been hard. Each week, it gets a little easier.

So there it is: one month without social media!

It took some getting used to, but I’m writing, blogging, and relaxing more. There’s a little bit of a reclusive side to not being connected, but I’m also reminded of how into social media I was when somebody hears what I’m doing and they tell me, “I’d DIE without Facebook!”

I’m still alive, and maybe even living a bit better than I was a month ago…