You are here: Home / Miscellaneous / Writing About Writing 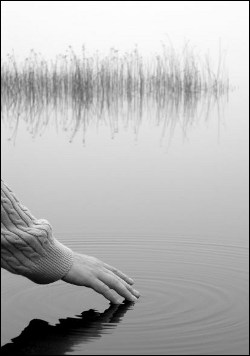 Over at Chuck Wendig’s Terribleminds, the talk today is about blogging about writing.

Should writers blog about writing? Does the world really need another writing blog?

Some writers say no; others say yes.

I started The Juggling Writer to keep writing even more on my mind than it already is.

While I’ve always tried keeping things pointed more toward an audience, the blog is also for me. I don’t care about monetizing the blog or being seen as the authority about what I write. The Juggling Writer is for you and me. Sure, if I’m selling something (like I plan to do next week), I’ll mention it, but I don’t include advertising on the blog or write in the hope that one day I can control the minds of people stopping by.

The people who read this blog are more to me than something I can convert to money in my pocket.

I’m Not a Salesman

Wendig’s post about writers talking about the purpose of a writer’s blog comes at an interesting time for me. Obviously, I haven’t updated The Juggling Writer on a regular basis. (Mainly because right now, work and other writing are taking up my time.)

I’m not really into a formula with The Juggling Writer.  I write what interests me and what I hope interests the people who read this blog. Maybe there will be a day that I don’t feel like writing about writing and end up being more personal, or babble about juggling more. I don’t know what the future for the blog holds other than it’s something I enjoy doing.

People who are into telling others how things must be done come off as…well, salespeople. (Not that there’s anything wrong with salespeople.) The problem is, many come across as slimy salespeople to me. While I don’t find it hard to speak for my writing, I prefer to let my writing speak for me.

Why I Don’t Sell

I’m not a good salesman. Years ago, I sold encyclopedias door to door. I also worked on a sprout farm at the time, and had I not had that job, I’d have gone hungrier than I was because during the time I was a door-to-door salesman, I never sold a single set of encyclopedias. I did it because I had some good friends at the job. As much as I hated it, I had some fun along the way and saw sides of people I’d never seen before.

I watched a friend break down and eat a 7-11 chili dog from the dirt as he weeped like I’ve seen few people weep in my time. He hadn’t eaten in days, and he scrounged up enough money with my help to buy a 7-11 chili dog. He packed the container with as much food as it would hold. By the time we made it to the park where he planned to eat the chili dog, the container became soaked with chili. When he opened the container, it fell apart. The hotdog, chili, cheese, and everything else he packed into the container fell into the dirt.

The guy broke down. He dropped onto a swing with his belly, crying over the spilled meal. Then he reached down and ate the parts of the chili dog that were clean.Then he ate the parts covered in dirt. He was so hungry, I wouldn’t have been surprised if he tried licking the ground clean.

In Tulsa, while taking a break in a park to write, I saw a woman with a suitcase sitting near the parking lot, obviously waiting for somebody. She was dressed up, just sitting on the curb…waiting. As the sun went down, she began crying. I walked over to talk with her. Turned out, she was a prostitute who thought the guy who promised to take her away to a better life really meant it when he told her he would take her away to a better life.

During another trip to Oklahoma, I spent the afternoon in a park drinking beer with some locals. One of them, a Cherokee, told me a great story about his grandfather who claimed to have once been able to fly all on his own. (And how he lost the ability.)

I didn’t sell any encyclopedias at that job, but few jobs have given me so many great stories; few jobs showed me what matters deep down in people just getting by as that job did. Before I was 20, before I began writing with the goal of publication in mind, I’d traded stories for income. The pay was great if you sold encyclopedias, but most of my coworkers busted their asses for not much of anything and missed all the great stories around them because they were too busy believing that they could buy a Cadillac if they hit the streets and sold enough books.

I’ll admit it: there are times I’ve felt like I’ve had to post a Juggling Writer entry for the sake of posting an entry on schedule. Maybe it’s shown at times; maybe not. But there have been a handful of times that I’ve written an entry simply because I felt I had to–not because I’ve wanted to. I still wrote things hoping it would help someone, though, because that’s a goal for the blog.

I don’t really track stats; I don’t care if I have thousands of readers. On any given day, 5 – 50 people stop by. I get about 500 visits a month, many of them looking for “How do you know you’re a good writer?” or “Queries that worked” on Google.

My biggest day didn’t come from a writing-related post, it came from a post about improving LinkedIn traffic.

Sometimes I think I’ve said more than enough about writing–especially since I’ve made much more money writing articles and technical documentation than I have writing fiction. There are days I think, “Really, who am I to give writing advice?” Other days I feel like I neglect the work and life aspect of the blog and focus too much on writing, which leads me to think, “Really, who am I to give life advice, or even advice about balancing writing, life, and work?”

But then I think, “I’m like many people out there, struggling to do the things I love, and if the best it gets is letting a handful of people know they aren’t alone in their struggles, I’ve done my job.”

So thanks for reading.

I’m done apologizing for the times I don’t post because I know the people who regularly read the blog understand that sometimes work or life come first–because they’re living that life, too.

Looking back at the 225+ entries I’ve written, I’d guess less than 10% were written because I felt obligated to write an entry to meet a self-imposed schedule.

I’m proud of the content on The Juggling Writer, even if only a handful of people see it–and I’ll continue writing entries about writing and even other things because I like it.