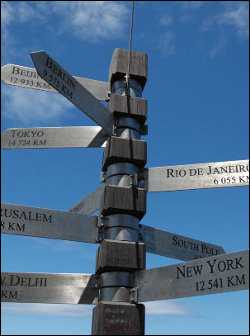 Wednesday, I talked about trusted readers.

One of my trusted readers told me that while he liked the writing in a chapter in the book I’m polishing right now, he felt the chapter could be cut back or even removed.

Another trusted reader said it was one of her favorite chapters.

What’s a writer to do when two trusted readers give you conflicting information?

One trusted reader thinks a chapter can be cut; another thinks it’s strong and serves a purpose. It’s my duty as a writer to forget that it was a fun chapter that flowed when I wrote it, and consider both sides.

It would be easy to just go with the advice of the reader who said, “Love it — don’t change a word!”

But that wouldn’t be fair to the other trusted reader — he made some good points, and I’d be foolish to not even consider them.

But it wasn’t without really looking at the chapter’s purpose.

If the chapter didn’t move the story along in some way — no matter how much fun I had writing it — I would have had no problem cutting it.

Using the chapter I mentioned as an example, I also considered the tastes of each reader.

While there are elements of mystery and suspense in the novel, it is a mainstream novel. I considered removing the chapter and establish the character trait made in the chapter in passing elsewhere. I told the other trusted reader that I was thinking about cutting and was met with an emphatic, “No! I love that chapter!”

This trusted reader made a convincing argument about the purpose the chapter serves; this trusted reader’s bookshelves are filled with far more mainstream and literary fiction than genre fiction.

Both trusted readers made convincing arguments, but it came down to taste and imagining which reader would be more likely to buy a book like the novel I handed to them.

The writing group I’m in consists of me and two other writers.

There have been many evenings that a story I handed over for feedback impresses one reader, but leaves the other reader flat.

It’s not uncommon that after sitting there having something shredded by one member of the writing group that the other comes back and says, “Here’s why you should ignore everything he just said…”

This usually leads to a passionate discussion with each reader defending their points. When people are passionate — whether conscious of it or not —  they tend to make their best points in an effort to win the argument. When we’re back on our heels in a fight, we pull out all we’ve got.

It’s in a writer’s best interests to listen to and consider those points because they are the points you may not hear through normal feedback.

If your writing can work people up to a heated debate, you’re doing something right.

If nothing else, you have the ability to get people talking!

Consider the Time You Have

Just because I didn’t take the advice of the trusted reader who suggested cutting back or eliminating the chapter I mentioned above doesn’t mean that the other trusted reader didn’t have his say. I’ve shuffled some things around based on his feedback, and I plan to consider other things he suggested.

There are some suggestions based on personal tastes I agree with, too, but they aren’t essential to the structure of the book. Since I’m preparing the manuscript for a writer’s conference in late June, it wouldn’t be wise to shuffle everything around at this point, when it works as it is.

I’ve worked in technical publications for years; I’ve seen the urge from subject matter experts to keep rewriting content in manuals even after their cutoff time and things are turned over to be edited and formatted. I’ve always been an understanding editor and formatter, but there comes that time when those little fixes that aren’t essential have to stop.

The same goes for fiction.

If it’s not too broken, don’t fix it. In this case, it’s a matter of having the novel and pitch ready for a writer’s conference in June.

It’s not the time to decide to redo things on a whim.

At some point, you have to let go; otherwise, you may never finish.

I initially disagreed with some feedback I received from a trusted reader. There was a section that confused her (how a character knew another character). I established that one of the characters was known in passing earlier in the book. I made a note and let the exchange between characters stand.

The next trusted reader had the same question: “How did he know her when he saw her in her restaurant?”

I could argue and say, “See, here she’s established as being known in this circle,” but that doesn’t matter.

Two intelligent people had a problem with the scene; chances are, other readers would have problems, too.

While a novel isn’t a technical document, sometimes you have to consider usability. In this case, things weren’t clear and it was my duty as a writer to a couple trusted readers to consider their points.

I made it clear how one character knew of the other when he first saw her.

I let the majority rule.

When I hand the novel to the next round of readers, there will be more conflicting feedback.

I might hear several people say, “You should remove this chapter, not that one…”

They might say, “I would have liked seeing this, here,” with this, here being something I originally had in the manuscript, but removed based on feedback from the first line of trusted readers.

Even among people who read a particular kind of book, there will always be differing opinions about what should be done. It’s impossible to make every change to your story based on feedback you receive from trusted readers.

The best you can hope for is seeing patterns in what’s confusing, or what readers would like to see.

If three more people say, “Hey, remove that chapter — it’s cool, but it’s not essential,” I’ll remove it and establish the points made in the chapter in other ways.

But at some point, a writer has to let go and trust that what they’ve written is good.

(If you’re not handing over good writing to trusted readers, you’re doing them a disservice.)

There’s another reason not to chase your tail and try fixing every little nagging thing suggested to you: there will [hopefully] be other trusted readers in your future.

If you’re lucky enough to secure representation and sell a book, you’re going to make changes your agent recommends and changes your editor recommends.

If you chase after every requested change you agree with from your first or second round of trusted readers, you can go mad.

Ultimately, it’s the changes that an agent and editor request that matter most.

This is to take nothing from trusted readers — my current novel is even stronger because I’ve let people have at it.

But I wrote this novel and my trusted readers suggested changes to the novel in the hope that it will one day sit on a shelf or in somebody’s e-reader.

Writing a novel can be lonely work, but in the end, there’s the mark of an entire team on a novel.

And I really, really love that!

One final word about trusted readers: do something nice for them when they’re done.

Read their writing when they need a trusted reader.

If they don’t write, a small gift or even a handwritten note about how much they helped goes a long way.

It’s asking a lot from somebody to invest hours and hours into not only reading your story, but taking additional time to make notes and discuss things with you.

In many ways, you can never thank a trusted reader enough, but you can at least try.