You are here: Home / The Juggling Writer / 5 Ways to Get Through a Rewrite 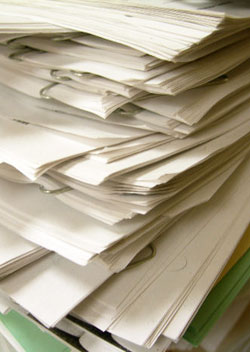 I’m working on my third novel.

This rewrite is the last rewrite.

I’m not a big fan of rewriting, but it comes with what I’ve chosen to do. While I’m not as excited about rewriting as I am about initial writing, with each pass, the novel has become better.

Here are 5 tips for toughing it out through a rewrite (or four):

The novel I’m working on takes place over a year. It begins in the fall and ends the following fall, so it’s comprised of 5 seasons.

Having the novel broken up like this has made rewriting the book several times a bit easier.

If you’re working on something that’s not told in defined sections, consider breaking things down at least into a first, second, and third act.

Having smaller chunks to work with makes a daunting task seem a bit more manageable.

I’d heard about writers who had several things going on in a novel and had a tough time keeping storylines evenly spread out.

It was something I never had to deal with until this novel.

Already having the novel broken up into 5 main sections, I still had a tough time knowing if the things going on in those sections was lop-sided, or spread out the way they need to be.

I have a hard time getting my head around things I can’t see.

Once you have your novel broken into easier-to-manage sections, break each chapter or scene into a pile. Then assign each character’s storyline, theme, or other driving element of the story a color.

Put a colored flag corresponding to a character, storyline, or element on the first page of each pile, and then  spread the piles out in order in a large room.

Being able to stand back in your living room and look at entire sections laid out based on colors, you can see if a character’s storyline is too heavy in one place, but sparse elsewhere.

Being able to shuffle scenes around and thread them together so no element dominates a section can really help with rewrites.

Remove a Storyline (Or Two)

I always heard that as a writer, you sometimes have to kill your favorite character or scene.

I first experienced this with a screenplay. A friend who writes and directs independent features suggested I move a scene in a screenplay to make it stronger. To do that meant deleting my favorite scene in the screenplay.

The move and deletion made the screenplay much stronger.

With the novel I’m working on, now, I deleted a handful of characters and their storylines.

If you can sum up your novel in one or two sentences (and you must, if you intend on selling your novel), ask yourself if everything not supporting the main storylines needs to stay.

You may end up cutting some of your favorite characters and scenes, but you’ll have a much better novel when you’re done.

This is something I usually do while writing, but it’s also helped while rewriting.

While writing my second novel, I got stuck with a character’s storyline. I needed something that would make the storyline more important and tie into other storylines. So I challenged myself and had the main character see a secondary character dragging a body into a freezer. I did something big, and it forced me to come up with reasons why.

During a rewrite of the current novel, I did something else big that forced me to deal with the fallout of the decision.

Don’t do something big just for the sake of being shocking, but if you feel a section of a rewrite is lacking, figure out something that would make sense for the story — but bigger than what you’ve already written — and drop it in.

Writing is just a series of problems a writer has to solve; sometimes the best writing comes from having to solve a problem you weren’t prepared for.

More than any tip or trick, to get through either your first or fifth draft, it takes sticking with it.

But if you stick with it long enough, it gets easier, the pages pile up, and you walk away with something well worth all the hard work!