You are here: Home / The Juggling Writer / Deliberately Bad Writing 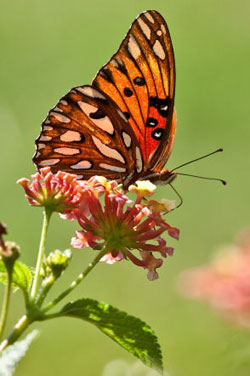 One evening at the writing group I belong to, my friend, Deacon, shared a story with me and the other member of the group.

It was made very clear to us that he meant the story to be deliberately bad, full of cliches, purple prose, and stock plotting.

The story was called, “Butterfly, My Queen,” (an Austenesque spoof of a story), and it was one of the funniest things I’ve read.

As I read the story, it hit me: “While deliberately bad, this is better than what some people have shared with me that was meant to be taken seriously.”

In the hands of a good writer trying to write something horrible, so many of the bad habits of new writers and writers who don’t strive to get better become even more evident.

I have seen so many writers try to write about how expressive eyes are. I’ve seen angry gazes burn holes in people, walls, and other things. I’ve seen eyes flutter like butterflies. I’ve seen eyes become pools of water that we want to fall into forever, never to come back up for air.

Eyes are expressive; it’s natural to want to focus on them in stories, but it’s best leaving them alone.

This is how Deacon addressed the overuse of trying to be an expressive writer when it comes to eyes.

“Oh, Charles! Did you hear?” Her eyes shimmered with moisture, emotional moisture, squeezed up from whatever pain she was enduring and forced out like orphan tears. His eyes leaned over and lapped at the tears gingerly, but of course, only in his mind.

A couple other gems from “Butterfly, My Queen”:

His mouth smiled and his eyes shone as his brain reeled and his earlobes danced. His heart skipped a beat and his liver wrote a love letter, scratched onto his insides with a tough, scabby part at the end of the liver. The slowly hemorrhaging Charles had never been happier.

The poor  dear, he thought. The poor, small, dear, baby badger-like Eliza was inconsolable, like a small animal whose paws hurt, but were needed for some task to keep the small animal alive. Perhaps digging.

The thing about writing a deliberately bad story — in order to pull it off, you have to be able to write well.

You have to be able to recognize what’s bad to mimic it or turn it into a parody.

It’s not as easy as it sounds.

Make it a parody if you want, or try selling it as genuine.

This is a great writing exercise to discover your writing pet peeves.

One of my favorite things to do as a writer: taking something small and running with it.