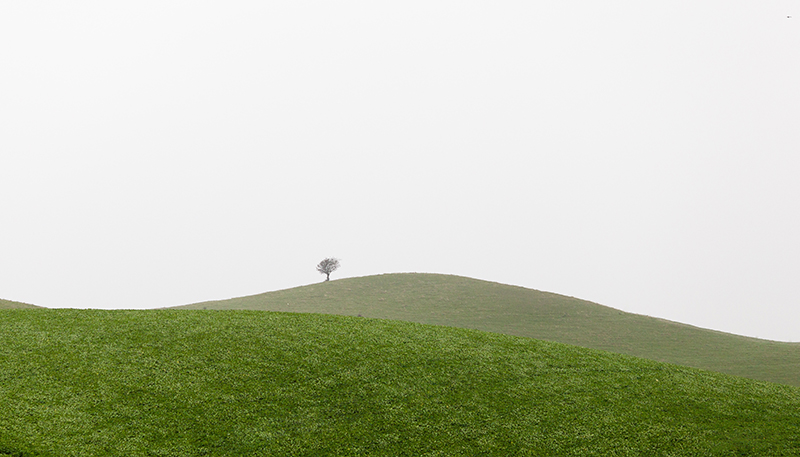 James Rebanks’s book, The Shepherd’s Life, chronicles the life of a modern Scottish shepherd. I’ve seen it described as a book about doing very hard work to avoid simply working hard (i.e. working the land vs. having a busy day job in an office). There’s a bit in the introduction about this, and how some view those who don’t leave the land:

Later I would understand that modern people the world over are obsessed with the importance of “going somewhere” and “doing something” with your life. The implication is an idea I have come to hate, that staying local and doing physical work doesn’t count for much.

It’s not lost on the author that when the same people who knock doing hard work locally get burned out on the life they’ve told others to live, that they move to the country with dreams of having small farms and a pastoral life free from the stresses of an office.

It’s easy to look at something else and romanticize it. I’m that middle-aged guy who would not mind a slower pace in the country trending to a green place. (In my defense, I’ve never embraced the office job as anything special — and I’ve worked on a farm and know that it’s not always what many dream about.) I know many people my age who talk about, “finally writing that best-selling novel that’s in all of us,” even though they’ve never even written a short story (and the fact that no, there isn’t a best-selling novel in most people — including many very skilled writers).

I’ve seen people in relationships move away from what they thought was boring to something deemed more exciting…only to discover they were bored because they are boring people. (And sometimes even regretting leaving the person they took for granted all along.)

I’ve seen artists envy their friends who have always had decent health insurance through their jobs, while those secure friends envy the artist for spending all their time doing art. (Even if many times, the artist ended up doing work they didn’t particularly enjoy to pay the bills.)

As I said, it’s easy to look at something else and romanticize it…

I once worked with someone who, as far as I could tell, never finished as much as a short story — let alone a novel. But they talked about “the writer’s life,” and how they imagined it to be when they “finally broke out big” [paraphrased]:

Oh, just imagine: meeting with other writers over lunch or tea or cocktails in sun dresses and wandering the shops while thinking about stories…that would be so wonderful. An open window with the breeze blowing the curtains in my office. Calling my agent and editor to discuss stories. Being on tour where adoring fans fill book stores and auditoriums to see me…

The writers I know on tour have all had signings where only a handful of people showed up and, in one case, only three people: one who wanted an autograph just because, another who thought buying the book was admission to nitpick things in the story not to their liking — and then that person’s bored friend. Never mind the worry caused by canceled flights and having to travel while sick…because to not show up means people will take to social media to complain about why you blew them off.

There’s the fear that the next book won’t make as much, meaning a return to a day job they never particularly liked.

Are There Green Spaces?

The cynic will say there is no green field — that it’s all romanticized and not what it seems. But I do know people doing the thing they love full time who make a great income and rarely have bad days doing their work. It’s enjoyable and fun; in part, because they have always looked at things realistically and know that to do anything means there will be rough days or sometimes boring work.

There will always be the exceptions, the fortunate writers who bubble up to something big and end up set for the rest of their lives.

For others, it’s simply doing the thing they love in spite of all the other things they do in their lives.

The trick seems to stick to what is true to you and making the place where you stand your green space…no matter what.