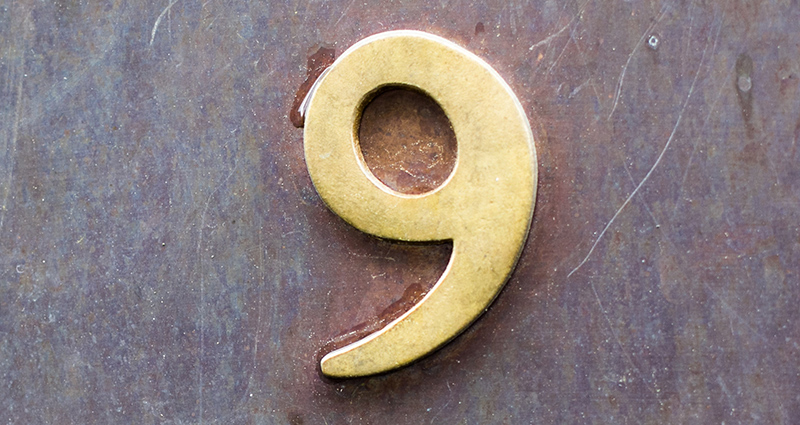 Today, this little blog turns nine years old. In that time, I’ve been laid off from a long-term job that shut down most of a department. I freelanced with an airline in Guam and edited maintenance work cards for a major airline. I worked at a massive bank during the mortgage crisis, and have had my current job at a large software company for over 6 years.

Through all that, the constant has been fiction.

Also in that time, I wrapped up the last major novel. It ran its course through the submission process, ultimately being met with the usual chant:

You’re a solid writer and I really liked this, but…I’m not sure how I’d market it, so I have to pass. Good luck! I’m open to reading more in the future.

I wrote a novella and I started a fiction podcast.

And I feel confident in saying this month will see the first readable draft of the best thing I’ve ever written. (Well, the draft will be printed and I can polish things, so it probably won’t go to anyone until October.)

It’s strange looking back on the early entries of this blog. So many were typical, written with the belief that there was a particular way to create a writing blog. There are lists and advice and all kinds of other things of that nature. A consideration of headlines that would rise through the ranks of SEO and show up high in Google searches.

People around me said, “You should blog and create workshops. Webinars and other things. Make The Juggling Writer a brand!”

But along the way, I wrote other entries that felt more right to me…a bit less about juggling work, writing, and life and more just…thoughts.

I’ve not written a list article, here, in maybe years.

I still only write about what works for me in the hope it helps others, but I don’t give a shit anymore about SEO rankings or any of those things I considered in the beginning.

Today, The Juggling Writer is more about my thoughts and what I’m doing than lists and other pieces crafted specifically for an audience.

I still have a blog reader serve up my morning subscriptions, and the blogs I enjoy are more about the people behind them than Top 10 Whatever lists that were almost always bullshit to begin with…things meant for rankings and to sell a service.

When I look at the original goals of The Juggling Writer vs. where it is now, it’s still about work, writing, and life…but not as much about juggling it all. Sometimes work wins, no matter how much it pains me to say that. If it means a lot of overtime or being cut, overtime wins. If overtime becomes too frequent a thing, then I find a new job…like my jump from the bank to my current job.

In the time since starting The Juggling Writer, I have a better relationship with my day job, but I also have less trust in corporate gigs than ever. (And I never had much trust that I’d be any particular place for long, before being laid off — that’s just the way it is, now. Why give your life to a place that will drop you to make their numbers?)

So maybe that’s why I don’t write about work/writing balance as much anymore…because to me, a day job is a thing that allows me to write what I want, and little more on a fulfilling level. Sure, it feeds me and gives me some semblance of security, but I know I can go in tomorrow and be told to call my manager because the company decided to drop a product and lay off all those who worked on it. Thirty days to find another job in the company, or hit the bricks.

And that’s why I love writing so much: it’s always there.

Year nine of The Juggling Writer, in ways, was the best year yet!

And something tells me Year 10 will be even better…