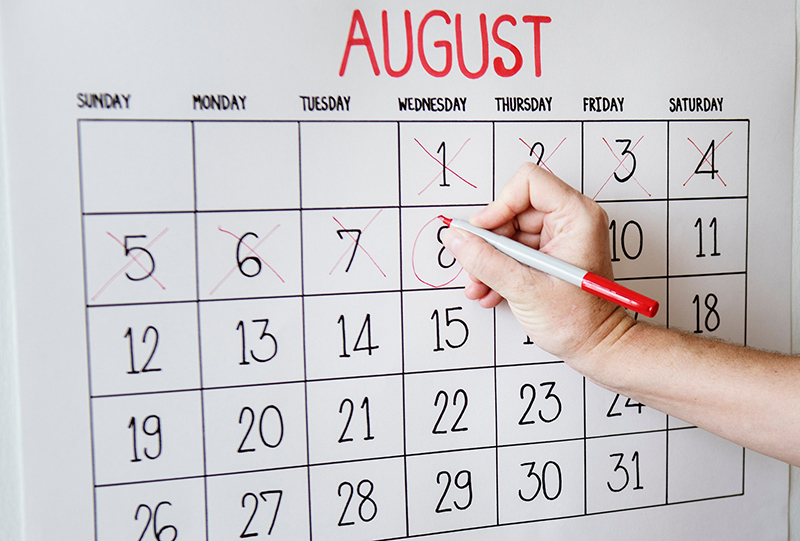 I’ve never been one to track my progress when it comes to writing. Generally, I try writing more days than not (4 days a week), but I don’t even track that.

If I really don’t feel like writing on a particular day, I don’t.

But because I can see the end of a readable draft to this novel, I decided to track things for August.

The Days Marched On

The big thing I did, and something I may continue until this draft is done, is the old Seinfeld chain calendar. The gist is this: on a visible calendar, on the day you do the thing you want to accomplish, draw an “X” on the day. In my case, I did little green Xs in a circle to indicate if I wrote/researched enough to feel that progress was made. For days I didn’t make progress, a red X went down for the day.

The other thing I did differently in August was write in a journal when I was done with a writing session. (Some days I wrote more than once, for a total of 42 writing sessions in August.)

I might have even jotted down word counts, a thing I rarely do. (Because much of what I’m doing is reworking already-written content and filling in places where I skipped research in earlier drafts, word count would not have been a good indicator of what I accomplished. Also, I believe when people shoot for quantity over quality, you get shitty books…or, at best, this!)

Okay, so I did keep a word count, because why not? Including stuff I cut and stuff I just improved, the total word count of the book increased 13,990 words in August. That’s an average of 451 words a day.

It’s not something I’ll continue to track, especially as I get into chapters of already-written stuff, but it’s a reminder that even half an hour a day during lunch breaks from work can add up over the month.

If you read The Juggling Writer with any regularity, you know I wake up early most days to write.

I wake up, make a little pit stop, drink a glass of water in the dark of the kitchen, and sit down and get right to writing. (My one cup of coffee a day is sometimes not consumed for several hours, depending on when I wake up, when I’m done writing, and when my wife wakes up so we can have breakfast.)

A strange thing happened in August: I often didn’t write until lunch break or during the evening.

Only two Sundays found me writing before 9:00 a.m., and the only early morning writing session was the last day of the month, when I was writing by 4:45 a.m. (normally, a usual time).

Part of that change in schedule comes from light and heat. It gets light out earlier in the summer, and stays light until later in the evening. That means evening walks shift until after 9:00, when the sun’s going down and it’s only in the low 90s instead of the 100s with sunlight scalding one’s skin!

Now that darkness is returning, though, I hope to get back to early sessions.

Still, it’s nice to know if my schedule changes entirely, I can still get writing done.

I started this particular novel during a September, and I will finish a readable draft for first-line readers this month.

Because I’m taking a social media break for the month, there will be no photo of a printed manuscript announcing IT’S DONE!!! on Facebook, Twitter, or Instagram.

Instead, I might just take a day off of writing (or a few) and not do much at all… 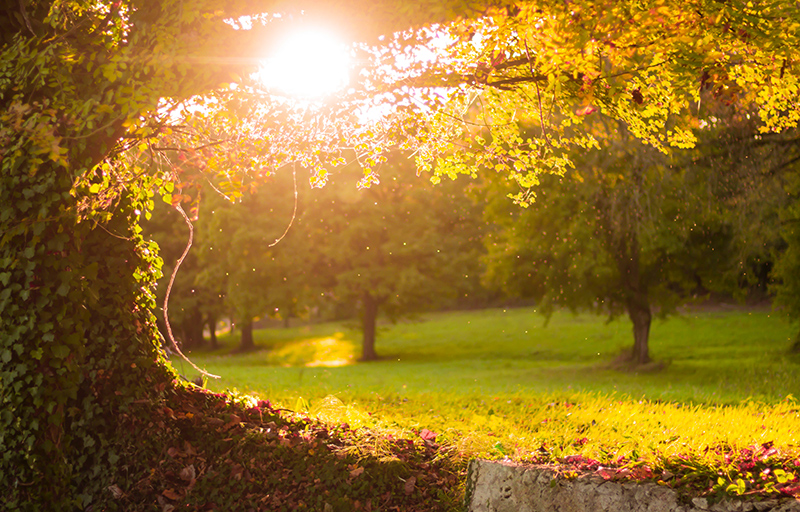