You are here: Home / Inspiration / Wading In 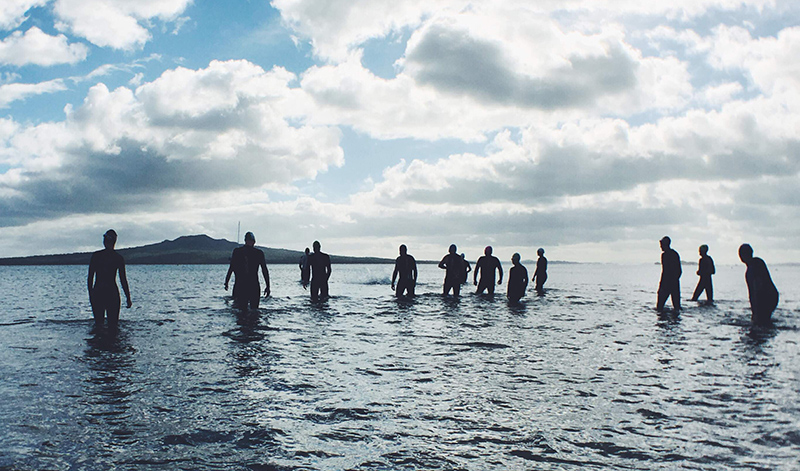 Growing up in northern Illinois, I was never far from a lake.

I could stand on the shore and guess what I’d feel stepping into the water: slimy tree branches, rocks, and fish. After stepping on glass a couple times, I added glass to that list. Later: fishhooks, rope, and plants waiting to wrap around legs. Plenty of things to get caught up on, so…it made the most sense to just swim and not fret about all that lurked below.

Writing can be a lot like that. We can guess what we will encounter along the way as we step into stories, but the best way to discover everything that happens in a story is to write it!

(And then rewrite it a couple times after that…)

Planning the Walk (or Swim)

Plans are great. I could say I am not the biggest planner when it comes to writing, but that’s not true — I just use a first draft as my guide. I wade in and find the story.

Others rough out everything they plan to write, while even more writers shoot toward several big things along the way.

The thing is, no matter how much one plans, the story takes over at some point. You can’t plan every word of a 100,000-word novel…at least until you’ve written those 100,000 words! You can plan things, but better ideas bubble up to the surface along the way. Endings may not change, but so much of what happens between the beginning and end often does.

Even those who plan extensively talk about all the changes along the way.

I’m not sure if writer’s block exists or not. I tend to say it doesn’t — that when I’m unable to write I know why, and that it’s almost always my own damn fault…not some “block” placed in my way by the anti-Muse. But snags do occur, and they seem to happen more with those who truly believe a story will go down as planned — and have issues when it doesn’t. People who can’t bear the thought of a shitty sentence, paragraph, or even chapter.

We all get snagged along the way, but the best way to break free is almost always to just write anyway. Put the ugly bits down on the page and move on…no matter how much it pains you that you wrote something so horrible. So many times, the parts of a story I hate most when I write them become my favorite sections after rewriting a time or two.

Once you know you can swim through the snags along the way, it’s all so much easier.

Sticking to the swimming analogy, it’s easy to look at a point across a body of water and think, “I’m going to swim from this point to that point.”

And with short swims (short stories), it’s not unheard of to do so. But novels are oceans, with tides and undertows; obstructions and dangers. Rarely does it happen perfectly in order.

Sure, there are those who swim across large bodies of water without changing course, just as there are the rare writers who work from beginning to end without rewriting. But most people are knocked off course repeatedly. Sadly, most stop and tread water when it gets difficult.

It’s a nice thought that it will all go as planned, but you know what’s even nicer? Finishing the swim!

Even those who plan extensively admit that the story doesn’t fully present itself until they wade into it. (Things always change along the way, requiring rewriting.) But the trade off is that some of your favorite scenes will come out of nowhere.Writers talk about the story taking over and writing itself. Obviously, that’s not the case, but it sure feels like that when your mind makes more connections to things and the water becomes much more clear.

The way to get through writer’s block is to write. Splash around and make a bunch of ugly noise if necessary; it’s part of learning to swim with grace and confidence.

So wade into the waters and swim!