You are here: Home / Inspiration / Of Ups and Downs 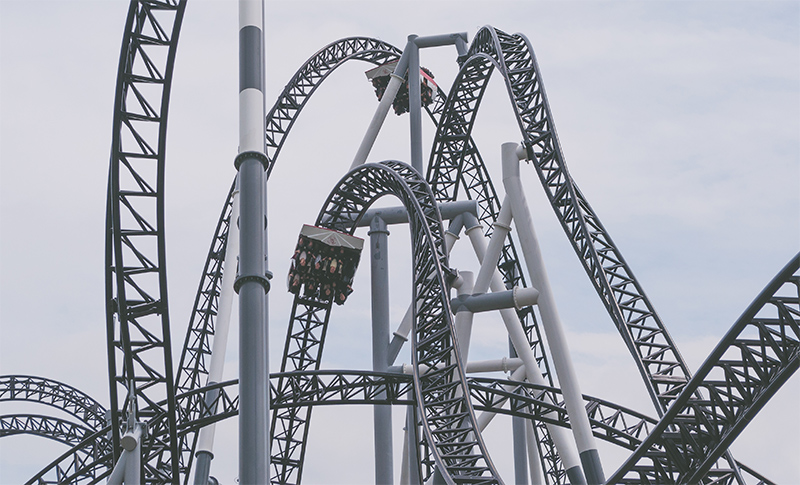 My wife and I don’t watch much television…at least in a traditional sense.

Oh, sure — yesterday it was cloudy (and not a bazillion-and-seventy-two degrees outside), and we wanted to watch something soothing. We ended up watching a few episodes of Ask This Old House. A couple weekends ago, we consumed Stranger Things in two sittings. But most days, it’s 5 – 30 minutes of YouTube channels we like.

In the Middle of Middle Earth

Stephen Hunter (the actor, not the author) recently started video blogging and interviewing people on his YouTube channel. Known for his role as Bombur in The Hobbit movies, he often talks about what it’s like to be a working actor. He plans to occasionally interview other actors as well.

His first interview was with Jed Brophy:

I could go on about what I love about this interview. I love how it’s not a fully polished thing. There are some technical snags that leave Jed frozen on screen as Stephen fills in the time before connections sync back up.

My favorite thing about it: it’s two friends talking about the work they love, and what’s not to like about that?

The Ups and Downs

Obviously, I see parallels to writing in things around me. So the parts of this interview that discuss what it’s like to spend years working on something so major that an entire country (New Zealand) gets behind it and then FOOM! — finding yourself looking for work when it’s all done is not unlike an author who has a big book come out and then…is no longer in the spotlight.

There’s time left wondering and wandering what comes next? (Obviously, Stephen Hunter fills his time with his new YouTube channel, teaching, and other things.) There are starts and stops — deals signed and crews assembled and then…more waiting. Sometimes things that seemed like sure deals fall apart, and you’re left looking for the next gig that will pay the bills.

It can be stressful when you realize there may never be another red-carpet event because the industry [as a whole] is not kind. It consumes and rejects, much like publishing. (Or most industries.)

But It’s Not All Bad

What I like about the interview between Stephen and Jed is not just that they discuss the realities of the industry, but that they seem fine-enough with those realities. They know how to fill in down time, and they accept the decisions they’ve made. Jed Brophy would rather be on his farm, tending to his horses, than living in Hollywood — always on the go — and maybe getting more steady work. In a way, that’s not unlike myriad authors who live outside of New York City.

There are places where industries happen, but you don’t have to live there.

Jed goes on to discuss the importance of simply making things…accepting that things come and go, but you still control a certain constant as long as you stay busy creating work you love.

And if big things never happen again, they are content in the friendships they’ve made along the way.

I have great respect for actors who find ways to keep going. I’m friends with writers, artists, and game designers who have the kinds of lives many dream of, but behind it all, they know there may be no new red carpets.

Obviously, when I look at creative people I respect, I like looking at what works for them and the lives they live. Those are things always worth considering — seeing how I might add them to my processes. But more than that is a constant we can all achieve.

Through all the ups and downs of creative industries, listen enough and something always bubbles up to the surface: talk about friendships. Look deeper, and you see how so many people working in any creative field all seem to end up working together again because they know what others are capable of doing. (Hell, tomorrow I start a new position in a new department where I work, and how did I come to find out about the job? A friend in the group mentioned it to me.)

Money’s Nice, but So Are Other Things…

The cast and crew of The Hobbit movies lived in this strange bubble for years, working harder than most of us can imagine. What kept them going many days were friendships made with people who understand the way they look at the world. (Seriously, get the extended edition DVDs of the movies and watch all the behind-the-scenes bits…it’s quite remarkable.)

I may not make a living writing novels, but I can always put out episodes of Not About Lumberjacks and know friends doing similar things will listen and appreciate the effort. And I will keep writing novels because you don’t stand a chance if you’re not making things.

There are no guarantees that those efforts will lead to a day when creative work becomes my job (instead of tech writing), but they are worth doing — because I enjoy it, but also because I’ve made great friends through the things I do.

Friendships may not put food on the table, but they definitely feed the soul.

(That’s not such a bad thing…)