You are here: Home / authors / Commercial Writing vs. Art 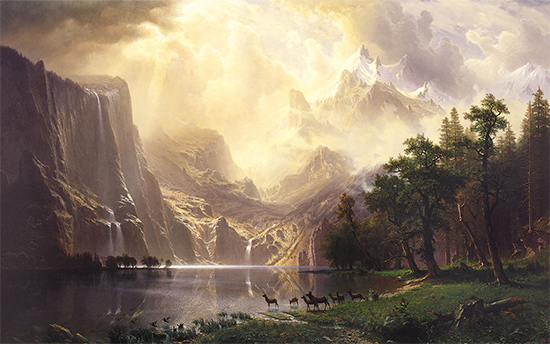 Right now, we need writers who know the difference between production of a market commodity and the practice of an art. Developing written material to suit sales strategies in order to maximize corporate profit and advertising revenue is not the same thing as responsible book publishing or authorship.

One of the interesting things to me was how much the quote resonated with many writers who normally suggest the way to making a living writing is by spelling out everything in the book right up front — because people have short attention spans — and then how it’s a writer’s duty to take that reader on a roller coaster ride.

(Oh yeah, it also doesn’t hurt to write several novels a year, even if you have to follow some kind of formula people want.)

It’s Not Terrible Advice (But I Wouldn’t Call It Good, Either)

I won’t knock this kind of advice, but I will say my favorite novel of the year is not something churned out quickly; rather, it’s Anthony Doerr’s All the Light We Cannot See, a book that took 10 years to write. It is the kind of art I think Le Guin spoke of in her acceptance speech. It was a book that was going to be written whether or not it sold…and it just-so-happened to become a commercial success.

This isn’t to knock those writers who suggest fast writing that does exactly what an audience wants is the way to go; for them, that works. You’re more likely to make a living writing fiction by producing 2-3 novels a year that are churned out quickly in focused blasts than spending years on something that may not see publication at all. Fast writing means you have 2-3 shots a year…and that’s 20-30 shots in the time it took Doerr to write his latest novel and have just 1 shot at success.

The Gist of Le Guin’s Speech

Le Guin clearly challenges writers to push themselves and their art — to not just churn things out as though on an assembly line. But mostly, she talks about publishing in the hands of marketers who are not in love with the industry as much as they are in love with numbers. Fast fiction that is an easy sell is better to them than something that may not take hold.

A handful of years ago, Ecco took a chance on David Wroblewski’s The Story of Edgar Sawtelle — it was probably a surprise to many involved with its publication when it was picked as an Oprah’s Book Club book. As equally surprising, Jonathan Franzen’s The Corrections being picked as an Oprah book. So many other writers — Louise Erdrich, A.M. Homes, Ann Patchett, and Alice Munro — are in no hurry to do their thing either.

These are writers practicing art, not creating a market commodity. (Although it’s safe to say any Franzen novel is going to sell rather well, now.) These are not writers churning out work as quickly as possible to pay the bills; these are writers who recognize that time is a vital part of what they do.

Can Commercial Writing Be Art?

Sure, this is a rhetorical question; clearly, the answer is yes. By the definition of so many people, genre fiction is more commercial than literary fiction — at least in its intent — and Ursula Le Guin accepted an award for a writing career in genre fiction that’s been in existence longer than my 45 years of living. (In fact, in her speech’s opening, she said the award was for those writers whose work has been excluded from literature for so long…her follow authors of fantasy, science fiction, and imagination who have watched — for over 50 years — awards going to the so-called realists.)

When Iain M. Banks died, I saw literary authors online wanting in on the grieving, even though many hadn’t read his works. Graham Joyce, in his last blog entry before dying of cancer, wrote something more inspiring and beautiful than even many literary works I revere. Jeffrey Ford is not a household name, but if we call genre fiction commercial fiction, I’m convinced there are few greater masters of genre or literary fiction than Ford.

So it’s clear commercial fiction can be art!

Can Artistic Writing Be Commercial?

Again, a rhetorical question. Right now, All the Light We Cannot See has been sitting on the New York Times Best Sellers list for 28 weeks. (It’s currently at #8). If Toni Morrison writes a book, it’s going to sell. Donna Tartt, Jhumpa Lahiri, and Salman Rushdie are not in the streets begging for coins. In fact, many “artistic” writers do much better, financially, than their “commercial” counterparts. (That is, when their work breaks out above the usual low sales of most literary fiction.)

Jonathan Franzen can burn money and still be rich.

(And then burn even more money…and still be rich!)

So, knowing that art can be commercial — even bringing in more income than so many books written with commercial intent — it seems Le Guin’s point is that writers should focus more on being the most artistic writers they can be, instead of putting marketing and other factors before art.

Iconic writers like Vonnegut got there by combining it all.

Art is Worth the Risk

I hope those who have shared Ursula Le Guin’s quote on Twitter and other places take her words to heart and slow down on their next books, putting art before what they know works. No more hurried manuscripts and telling new writers that if they don’t lay it all out in the first paragraph and hit certain points along the way that they may as well give up before trying. The reality of writing is that most of us will never make a living writing fiction. So why not take a chance on being the best writer you can be, even if it means writing a handful of novels before seeing one published on a shelf?

Sometimes in taking those chances, the most amazing books are written…books that not only become successful, but become the books revered generations later.

And if you haven’t watched it already, here’s Le Guin’s speech: