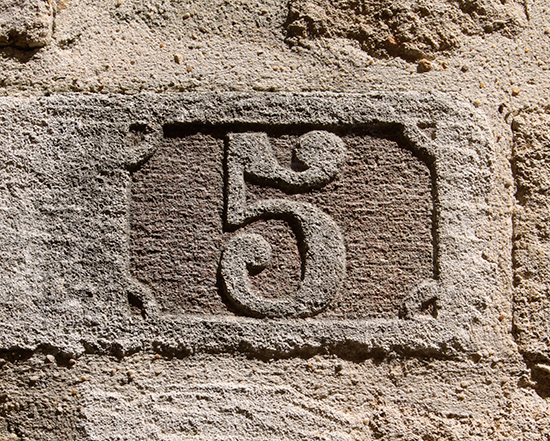 Five years ago, I wrote the first entry for The Juggling Writer. Looking back at my earnest beginning, I hoped the blog would show people how to manage their time in order to get things done (life and writing in harmony). I know I’ve written plenty of entries focused on that very thing, but I’m not sure I can say The Juggling Writer has ended up what I initially thought it would become.

Along the way, I realized there were times I was writing entries because I told myself I’d write three entries a week no matter what. It’s a good writing exercise, but one that is not always good for readers. At some point when that is one’s goal, they put out some less-than-stellar things. I’m sure I’m guilty of some weaker (even outright bad) entries in these five years. At the same time, there are things I would have never written had I never started the blog — things I’m just as proud of as any bigger work I’ve written.

I only wrote 25 Juggling Writer entries this past year. I’m not sure if they are stronger because I only wrote when I wanted to write, or if they are weaker because I wasn’t as focused. I know this, though: I am glad I started this blog on September 8, 2009.

I attend a handful of tech meetups, even though I’ve kind of strayed from them in recent years. They are mostly content marketers and people into making webpages with WordPress. There are podcasters and people making online video. They are, largely, people fixated on numbers. If an online effort doesn’t hit a certain level of audience, they scrap it and start a new thing (that is usually just like the thing they scrapped) until the right combination of content, buzz, and connections occur. They are people who speak in excited ways, telling us how they are “rockin'” it in the online “arena” and using “organic synergy” to reach out and “impact audiences.” (I always envision these people punching their audience in the face when they say that.)

In short, they are people who are always on.

I get it: audience is the goal if you want to make a living at things like this. If you’ve read many entries over the years, here, you know I’m not so much into building an audience at any cost. In fact, one could argue that I’ve not done much to build an audience for The Juggling Writer at all. Still, 35 – 45 people subscribe to The Juggling Writer RSS feed in any given month, and many more stumble by. I get email from people I never met, from all over the world, asking me questions about writing I almost feel strange answering because I feel only confident in saying, “This works for me,” — not, “This is how to make a living writing fiction,” because I don’t pay the bills writing fiction. I do pay the bills writing, but technical writing is not known as an exciting creative endeavor.

Really, this blog comes down to two things thing for me: writing about where I stand on writing and…friendship. If nothing else has happened in five years, I now feel confident in saying I know Paul Lamb, CM Stewart, Lisa Eckstein, and Laura Mills enough to call them friends. They are people I would make time for if I were in their part of the country, just for the ability to have lunch or tea and talk about the years we’ve chatted online.

I can’t say I expected more from The Juggling Writer because I’ve not been so focused on a big audience; if I were, I am a failure.

But in the friends I’ve made through this blog, I’d argue that I’m better off than those who have 10,000 followers they really don’t know. I seriously recently heard a person say they had to shut down an online operation because they only had 60,000 subscribers to what they did online! Going by that logic, I should have never even started The Juggling Writer!

So…for another year, I will write entries when I feel like writing entries. Because no matter how busy, or even rough, everyday life gets, I know there are people out there reading.

Even if it’s only a handful of people, that’s plenty…and I can never thank those regular readers enough!