You are here: Home / Inspiration / How to Come Up with Good Ideas 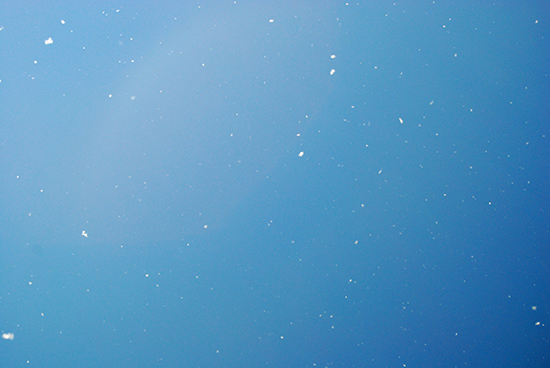 Yesterday at work, I had an idea for a blog entry. It was a great idea — at least that’s how I remember it. Because I was working, I wrote a note in a notebook (instead of putting it in Evernote), but today…I can’t find it.

I hear a lot of people talk about keeping a notebook on their nightstand so they can write down all those ideas that come to their head at night. I am rarely outside of arm’s reach from a notebook, with the exception of my bedroom. If an idea comes to me at night, I make a point to remember it. If I don’t remember it the next day, it really wasn’t that great an idea.

If it’s that great of an idea, I get up from bed to work on it; otherwise, sleep is more important.

The Power of Ideas

People seem to be in love with ideas. They are precious things, blown from the hands of muses like kisses from across the room. They are the spark that ignites a fire. They are a piece of cottonwood on the breeze, more likely to not blow our way, but instead, to land and take root in the head of somebody else. They are flares of swamp gas at night, fleeting things seen by few — the stuff of legend. Ideas are special things.

Only, really, they aren’t.

Don’t get me wrong, I love a good idea. I have many each day — we all do, even if we don’t realize it. Every novel I’ve written; every short story, podcast, blog entry, and letter to a friend started as an idea. An idea can be made special through effort, but by itself, they are just one of a myriad thoughts on any given day.

I have probably lost or let go more ideas than I’ve kept. When I was younger, I felt like I lost a part of myself by not capturing every idea with some promise that came my way. I mentioned Evernote — I am a fan! I even made a video about Evernote (that I need to update). But I don’t fill Evernote with every idea and thing that I come across for two reasons:

Evernote is only for the things I’m going to actually use.

While I haven’t run into the problem with larger hard drives, when we used to only have 250 megs to fill, I pushed things. And at some point it never failed: hard drives didn’t work as well when they got too full. My brain is the same way. The things that I can’t let go of…I dump to Evernote. The rest? I just let go.

I’m comfortable letting ideas go these days. I’ve been that way for years. I do not worry about ever running out of ideas. If I were to worry about anything, it would be coming to an end with so many ideas never realized, but even that doesn’t worry me.

Back to the Cottonwood

Going back to the cottonwood analogy, think of a day when the sky is full of whatever is floating through it. If those are ideas, they are plenty. To take on too many makes you sneeze and feel like crap. Your focus is cut because you don’t feel 100%. You may have a head full of ideas, but what good does it do you if you can’t use them all and they make you feel dragged down?

Here’s the thing about ideas: they aren’t just out there floating around, waiting to be discovered. Ideas are chemical, and they come more frequently the more you work on the things you like doing and your brain wires itself to be ready to work that way. They don’t come as often when you are constantly allowing yourself to be distracted by social media, email, and other things. (Read this!)

Once you realize that ideas are nothing really special, until you turn them into something more, it’s not so difficult to let them go. I don’t know what happened to the idea for a blog entry I came up with yesterday, but I know this much: this entry is much better than what I intended to write!