You are here: Home / Inspiration / How to do Things 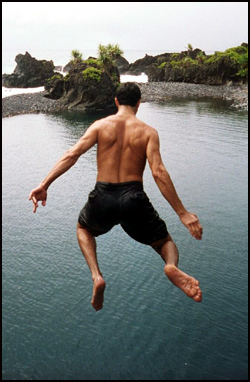 I have a LiveJournal account I rarely update anymore. About the only thing I do with it these days is look at the archives on whatever day it happens to be when I remember to take a look (e.g. it’s currently July 14 (I write blog entries on weekends), so I can look back over the years and see what I did on July 14). Back in June when I looked, I saw this.

If You Ask, You May Not Like the Answer

I knew exactly what I wanted to do, but I still asked for opinions about reading my first novel as a podcast. The replies were all generally, “Don’t do it.” Not in an aggressive way — more along the lines of people who care about me hating to see me considering “giving my work away for free.” At the time, many people I knew didn’t even know what a podcast was; even fewer listened to them. (In this case, all the people I asked did know what I was talking about.)

Since June of 2006, podcasting fiction is no longer unheard of; in fact, one of the people most against me podcasting my fiction has seen his fiction as a podcast. But at the time, it was a strange concept to most of the people I asked. E-books were not yet an option, so of course the people who care about me wanted to see me stick with what we all knew as the norm.

The Benefit of the Internet

With the Internet, if you want to do something…just do it! In most cases, what you want to do can probably be done with a relatively affordable budget. It’s not too hard to learn some basics and get things out there. I still don’t know much about recording technology, but I’ve done a podcast of my first novel, and I do a weekly podcast with a friend.

I’d been thinking about podcasting my fiction for over a year before I asked people on LiveJournal what they thought about the idea. My friend Larry first suggested it to me shortly after he started listening to Scott Sigler releasing his fiction as a podcast right from the start. Instead of listening to Larry, I listened to a larger group because that’s what we’re often taught to do.

Listen to Your Larry!

This brings up another good point: if a person you respect and trust suggests something that clicks with you, why not give it a try? The moment you ask 100 people, “What do you think?” you might get 100 different answers and end up even more confused about what you want to do. Reread that last line–the important words in that statement: what you want to do.

I Wanted to Do It

It was clear that I wanted to podcast my first novel, but I’d been brought up to believe that you never give anything away for free. I believed that unless one is paid for what they’re doing, they shouldn’t do it. I didn’t see that sometimes there are tradeoffs.

Scott Sigler was giving away marketable stuff from the start. He “should” have gotten paid, but he wasn’t having luck opening doors.  So he made his own door.

Other writers and creative people said he was nuts; some said he was just an amateur. But years later, he’s his own empire. He’s the same guy he was at the start — a professional looking for a way to share what he was doing.

That’s what I wanted to do.

How to Do Things

There are other instances in my life when I’ve known what I wanted to do, had the ability to do it, but asked others what they thought and was told to reconsider my idea. The answers were always out of love, with my best interests at heart. In every instance, I should have explained my goals better. But the fact remains: there were things I wanted to do that I wasn’t doing because I didn’t just do them. For some weird reason, I wanted the okay of others to do the thing I wanted to do.

If I wanted to sink all savings into an idea that put certain securities at risk, I’d be an ass to not ask those who could be affected if the idea failed. But in the case of podcasting, all I needed was an affordable microphone and a little time. The only person to blame for me not podcasting in June of 2006 is myself. All I had to do was do it!

If there’s something you’re thinking about doing that doesn’t involve much money and only a bit of time, why aren’t you doing it?

That podcast I finally did? It gets more downloads in a day than my current podcast gets in a week! (Fortunately, the weekly show is catching on.) People are reading and listening to the things I’m doing. I hear from people I don’t even know who like what I’m doing. All because I just did it!

It’s not that hard, and there’s still time this month to finally do that thing knocking around in your mind for months…maybe even years. Why not jump in, or at least take a step toward the big leap at the very least?

The worst that can happen is it doesn’t work out the way you hoped.

No matter the results, it’s worth it! (Especially if the results exceed your expectations and you become the person known for taking that first leap!)