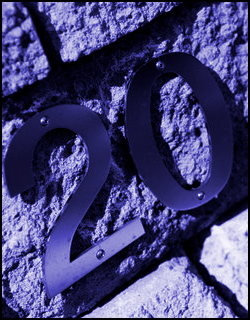 My wife knew my writing before she knew me.

We’d been hired to work for an independent comic book company — me, as a writer and her, as an artist. She’d read several scripts I’d written and she hoped that we’d work together on something, but that wasn’t to be.

Still…she knew my writing and liked it.

The first time I saw Cynthia was at a company meeting at the publisher’s place. I’ll be honest: I was intimidated by her presence. I was once terribly shy around anyone — even more shy around women.

She owned the room just by sitting in a chair and saying nothing. She was dressed better than all the other people present put together. I had no idea she was three years younger than me; I figured she had a few years on me — not the other way around — because of that aura of confidence.

I barely said a word to Cynthia at that meeting. I barely spoke to her when our paths crossed, even though we both had an obvious love for comic books. I definitely felt I was out of her league and that to talk to her would lead to me saying something goofy. (Proof that I sometimes say goofy things.)

Seeing her on occasion would have to be enough…

Being a Geek Finally Pays Off!

I’m a juggling geek. I used to go to Dallas to juggle with a big group of friends on Wednesday nights. The place where I juggled wasn’t very far from the publisher’s place, and I’d left early enough on this particular evening to stop by. Cynthia was there dropping off art.

The publisher asked what I was doing in the area, and I told him I was juggling.

“You juggle?!” Cynthia said. “I was taught how to juggle in elementary school and always wanted to learn more.”

The ice was broken…

This I Can Do…

So Cynthia and I juggled.

Days were spent in parks, and during the night…we took over lighted tennis courts when everybody went away. It wasn’t dating — it was juggling.

I could do juggling…

So that’s what we did — we juggled.

The day Cynthia accepted my challenge to juggle fire for the first time, I knew it was a friendship I could never give up…

The Beginning of a Good Thing

And that’s how it started, with comic books and juggling.

From that point on, we were always together. We eventually worked on comic books together. When we went our own ways creatively (screenplays and novels for me and paintings and other art for Cynthia), nothing changed. We understood the effort and respected each other’s space and time.

Nothing’s changed over the years — we still understand the work, even though Cynthia sews more these days than she draws or paints. If Cynthia is in a zone, I don’t take it personally. If I’m in a writing zone, Cynthia understands.

We’ve gone days passing each other in a creative daze, understanding that sometimes that’s what it takes to make something cool.

Being married to a writer isn’t the easiest thing, even if you’re an artist who understands the effort.

Over the years, there have been close calls. While I take rejection well, there have been a couple times that I was so close to the big deal that would have changed everything, the rejection stung a little bit. But it wasn’t so bad, really, because Cynthia was right there with me…

There have been times I’ve wanted to pack it all in and focus on “a real job,” but Cynthia urged me to stick with it because she’s always been right there with me…

Even if I never make it, things will be okay because Cynthia will always be right there with me…

It’s nice to have something that keeps getting better over the decades. While I’ve finally grown into the writer I dreamed I’d one day be, even better than that is what I have with Cynthia.

Writing took over juggling as the obsession in my life, but no matter how bad things may get, all it takes to make the world better is to grab the juggling props and head to a park with Cynthia.

I keep a photo of Cynthia on my desk — it’s a shot of her standing in the park where we first hung out alone together, juggling. She’s smiling and holding three juggling clubs, which she quickly learned to juggle.

What’s to come is a story better than any novel I’ve written or will ever write; something better than the best day spent juggling.

So happy anniversary, Sweetie. Here’s to the next 20 years being even better than the first!