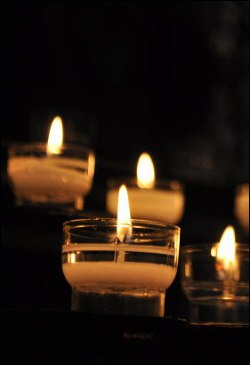 Two weeks into my 50-day social media break, I no longer find myself going to Facebook, Twitter, or Google+ out of reflex. It took two weeks, but it’s gone now. And in its place, there’s a sense of peace between my writing time and time spent online again.

It’s nice checking email in the morning knowing, “That’s it–my next move isn’t to kill time and see what people are up to…it’s to get busy!”

That’s not to say there’s nothing about social media that I miss, but this week I’ve been enjoying my time away from Facebook, Twitter, and Google+.

I’m Not the Only One

Now that I’m deep enough into my social media break to match the time away mentioned in this article, I’m thinking about going longer.

I don’t know if I’ll totally give it up, like Hugh McLeod, but I’ll say this: I didn’t find Hugh’s entry through a tweet, but instead–through somebody mentioning it in a comment on this Juggling Writer post. Maybe McLeod is going to an extreme (although it sounds like he’ll still have somebody else keeping some of his social media presence going), but he brings up a good point: the content on this site is all in one place. It’s not scattered among thousands of tweets. If somebody comes here and likes what they see, they don’t have to wade through my Twitter feed to find more content; it’s all available in one place where they can search through categories and the archive to find what they like.

This isn’t to say that social media is bad, but taking a break is right for me. If it isn’t right for you–that’s cool, I understand.

Hell, I’d be lying if I said there aren’t some things I miss.

I like waking up and chatting with my wife while we have a cup of coffee. Then it’s off to the office to check things out.

I like seeing what people are doing with their weekends. On my social media feeds, people tend to post what they’re actually doing on Saturday morning–not just posting links to political articles and other things. They take a little longer to reply, instead of coming back with a quick one-liner or clicking the Like button.

On Saturday mornings, my Facebook feed doesn’t seem so hurried.

I still email the same people who have always taken the time to reply to my email, but it’s safe to say I’ve lost touch with about 80% of the people I know in a matter of weeks.

I don’t like that aspect of not being online as much; I’m a pretty social person. I miss hearing about what friends are up to. Still…there’s something sad to me about how quickly we communicate when heavily using social media. Some of the best times of my life have been spent just hanging out with friends and chatting. I like when social media kind of fills in the gaps between those visits. I don’t like when it replaces them.

It’s cool seeing what people are up to through social media. I’m one of those people who actually likes seeing photos of what my friends are having for lunch. I like seeing people in person and saying, “Hey, I’d love to see that piece of art you mentioned on Facebook,” and then seeing it in person. So it’s not that I’m against social media; it’s just that it’s so convenient that so many people use it almost as their sole means of communication.

I love social media when it fills in the gaps between actual visits, or when it keeps me in touch with people I can’t just visit. I’ve missed seeing what friends up north and in other parts of the world are up to since starting the break.

One of the odder things I’ve experienced since taking my social media break is the assumption that we’re all connected–even by those people who know I’m taking a break.

As I mentioned above, it’s nice to see what friends are up to. In the past when I’ve visited friends and we’ve chatted about what others are up to, when somebody says, “How ’bout that cool thing so-and-so is building?” I know what they’re talking about because I saw in-progress photos of the cool thing so-and-so is building on Facebook or Twitter. We jump right in to the conversation without missing a beat because I know what they’re talking about. Now, though, when friends I see in person refer to something mentioned on Facebook or another site, I’m in the dark.

It’s a little thing, sure, but it’s been a reminder of how engrained social media is in our lives.

While many people seem to be heavy social media users during work hours, I tend to be the opposite. This week, however, I’m on vacation–no work for me!

After completing a big project at work a couple weeks ago, I decided to take a week off to catch up on some writing projects. (That’s not to say I won’t do other things, like going to museums and seeing people.) This week, I’ll be at my computer a lot with time at my disposal.

So we’ll see if the same urge that hits on a Saturday morning hits during the week.

Somehow, though, I doubt it. When I have all the time I want to write, I produce–not seek out easy distractions online just waiting to suck up my time…