You are here: Home / Inspiration / Monday Motivation: The Dream 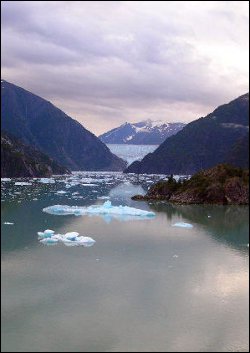 Outside Magazine has published some of my all-time favorite non-fiction.

Years later, this piece about a guy building a hovercraft in his basement and this piece about a bunch of friends on a four-day road trip to climb the highest peaks in the Midwest (yep, you read that right), still hold up for me.

In the March 2002 issue, they published a “25 Trips of a Lifetime” feature. In the introduction to the piece, Tim Cahill talked about being on a radio show to discuss some outside adventures.

The show’s host, true to many annoying radio talk show hosts, went on about how vacation is a beach and fruity rum drinks — not dog sledding in Greenland or hiking in Tasmania! The host’s message was clear: anybody doing anything more than loafing and drinking on vacation was clearly not in their right mind.

After saying that he sometimes likes a nice relaxing beach vacation, Cahill went on to defend all the people who push themselves to greater things when they have the time. He said:

“So I did my best to defend all of us who aren’t in our right minds. These — I said of the destinations and adventures mentioned — are dreams. Everybody has them, though they often come in clusters when we’re younger. A lot of us first aspired to far-ranging travel and exotic adventures early in our teens; these ambitions are, in fact, adolescent in nature, which I find an inspiring idea. Adolescence is the time in our lives when we’re most open to new ideas, the most idealistic. Thus, when we allow ourselves to imagine as we once did, we are not at all in our right minds. We are somewhere in a world of dream, and we know, with a sudden jarring clarity, that if we don’t go right now, we’re never going to do it. And we’ll be haunted by our unrealized dreams and know that we have sinned against ourselves gravely.”

I know many people who wanted to take trips to far off lands when they were younger — some have; most haven’t.

I know many people who wanted to write or pursue other creative endeavors when they were younger — some have; most haven’t.

Many of those who haven’t taken those trips of a lifetime or pursued their other passions are like George Bailey in It’s a Wonderful Life: they’ve put their lives on hold to do “the right thing.” The day when they’d catch up to a dream or two never arrived because they were always too busy working.

Still, there’s risk involved in what we do. We may not be heading out for 6 months to hike the entire length of the Appalachian Trail, but we will spend much more than 6 months of our lives, alone, reflecting on things and challenging ourselves to be better writers.

It comes with a certain cost; in many ways, we may not always seem like we’re in our right minds all the time. It may not be fun all the time — sometimes writing is hard and frustrating, but to not do it is to sin gravely against ourselves.

I hope everybody has a productive week!