You are here: Home / Writing Tips / Something Writers Need to Understand 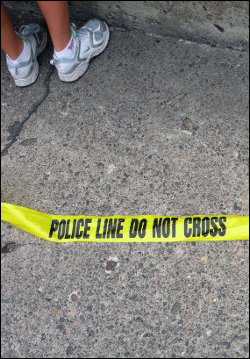 I hear it all the time: people hearing about something that falls outside their sphere of comfort that makes them say, “I just don’t understand that…”

It can be related to a story somebody tells at work, or something seen on the news; it can be something somebody in an extended family does, or have to do with the actions of a complete stranger.

But it always comes back to those words (often a coping mechanism): “I don’t understand…”

It’s a Writer’s Job to Understand

I think what people really mean when they say, “I don’t understand…,” is, “That’s not something I would ever do.”

To confuse the two as a writer is a very dangerous thing.

Unless you make a living writing constantly uplifting stuff based on personal experience, it’s important to be able to step into the minds of other people.

I’m not a hateful person, but if I have a hateful person in a story, it’s my job to pull it off well. I’m able to do it because, when I hear about something hateful happening, I try to understand why a person would do certain things, even if I’d never do them in a steady stream of lifetimes.

I don’t have children. I’m a very loving person and know if I had children that I would center my life around them and be a great father. I find it beyond appalling when I hear a story on the news about a parent harming or killing their children. But as a writer — even though it’s an act I can’t agree with for any reason — I can at least understand what might make a person do something so horrible.

I can understand why a bullied teenager picks up a gun one day, heads off to school, and comes out in one of a pile of body bags. I don’t agree with the act, but I understand why people do things like that.

I never agreed with the bigoted side of my father, but I understood where he came from, and why he was so angry about so much.

When I hear something that appalls me, it doesn’t change my feelings about how horrible people can be to each other (or even to themselves), but as a writer, I do all I can to try understanding why somebody would do something I would never do.

It’s when you reach that point when actions and their consequences aren’t so black and white that I think you reach a point where a story can transcend just a well-crafted string of words, sentences, and paragraphs and be something more.

I’ll go as far as saying it’s a writer’s duty to understand.

I’m not saying we have to agree with things that happen in the world, but we at least need to understand why people do certain things we’d never do in a million years.

The next time you hear somebody say, “I just don’t understand…” — understand why it’s so important to tell stories that might, at the very least, make that person think a little deeper.

I’m not advocating making a reader agree with the actions of a horrible character, but I really do believe that when people understand things better that they can see problems at a deeper level and, hopefully, help change things for the better…