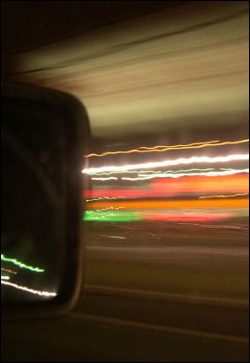 [While this is meant to be a writing-related post, it can apply to anything.]

Despite being unemployed for most of the year, 2010 has been one of the best years I can remember!

The Good, The Bad, and The Ugly

It’s that time of year when we look back and resolve to change things.

I used to make a long list of resolutions, but I found that even if I hit 75% of the things I set out to do, it felt overshadowed by the 25% of things I didn’t do.

I started focusing on just a few things: The Good, The Bad, and The Ugly.

The most important thing I think a person can do is look back at the previous year and find what made them happy, or what they felt was good. Once you see the good, do all you can to repeat the feeling in the coming year.

My 2010 example: I finished another novel. I blogged; I started a podcast. So…it makes sense for me to make sure something good happens with the novel in 2011. It also makes sense to keep working on The Juggling Writer and to stay busy with a podcast or two. I can’t wait to get to my next novel.

Those are my big writing goals for 2011. I could add, “Sell more articles…” and other things — which would be good — but it’s more important to focus on just a couple things at a time.

What about you? What was your good writing thing or things in 2011?

Bad things happen; it’s how we deal with them that matters.

People get sick, jobs go away, and cars break down. If you can keep writing through bad times, you’re unstoppable.

Look back at a bad moment in 2010 and think about how it affected your writing. If it slowed you down, think about how you can find time for writing should it happen again. If things were beyond your control, acknowledge that and don’t beat yourself up.

I wasn’t the most productive writer in 2003 and 2004. My sister was sick and died, and after recovering from that bad thing, I found out I had a tumor in my head. I couldn’t change those things from happening, and looking back, I was still productive given the situation. It would do no good to kick myself for not writing as much as I wanted to during those years.

My 2010 example: I was unemployed most of the year. Money’s been tight, but I spent a lot of time hanging out with my wife, I finished a novel, and I’ve had a big taste of freelancing from home.

There’s nothing I could have done to prevent losing my job, but I’m not the only person who turned a negative situation into something positive…a coworker who lost much more than I did in the layoff started her own photography business.

Did anything bad happen to you in 2010? Were you able to come out okay and keep writing? (If not, remember: even the most prolific writers have times they were unable to produce as much as usual.)

We have a natural tendency to ignore ugly things in our lives, but in this case, it’s important to focus on the ugly just as much as the good.

My 2010 example: there was a period late last winter and into early spring that I didn’t work on much more than The Juggling Writer…and I slacked off on that. I had all the time I could want and security, but I didn’t work nearly as hard as I could have for a few months.

I was in a position some people would love to be in, yet I wasn’t that productive. There was no excuse for those ugly months of low production.

So…in 2011, anytime I have time to write — I’ll write! I can’t afford to repeat the ugliness of having time and not being productive.

What ugly side of writing bothers you from 2010? Are you going to repeat it in 2011, or focus on making a change?

Acknowledge that bad things happen. Sometimes we have no choice but to work longer hours to finish a project at work — your writing will still be there when the project’s done. (It’s when overtime becomes the norm that it’s time to think about finding another job that allows you time for writing and being with the people you love.)

Don’t take on too much, and above all — have some fun!

I hope everybody looks back on 2010 and sees at least a little pile of paper or two they’re proud of…and I hope 2011 finds you even more productive and another step closer to all your writing goals!