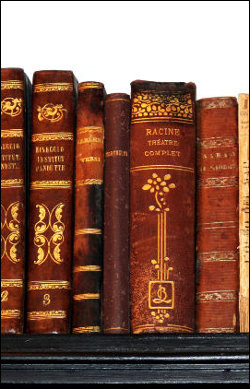 A couple friends in different cities in Texas recently saw the band, Rush. Rush is one of the bands I’ve seen on several occasions; when I was younger, they were one of my favorite bands.

When I think about it, the band had just as much influence on my writing as the writers I’ve always looked up to. It got me thinking: Who are my non-writer writing influences?

Here are a few:

My Family — Some of my earliest memories are of my mother reading Carl Sandburg’s Rootabaga Stories to me. (My favorite story from childhood–I loved how the ending is open.) My sister was a voracious reader all her life, and since I looked up to her, I read the books she had scattered about her room. She also told me there was an army of monsters in the basement waiting to kill me in many horrible ways. I credit the darker side of my imagination to my big sister, and some of the first thoughts of, “I’d like to write,” to my father giving me the Complete Works of Jack London. My family instilled in me a love of reading since the beginning, and for that I can never say thank you enough.

Rush — Yeah, the band. They wrote songs that made me read Ayn Rand’s Anthem (couldn’t stomach any of her other novels). Rush wrote about Bastille Day, poetry like Coleridge’s “Kubla Khan,” and other things that made me actually pay attention to high school English and history classes. Sure, they were and are hokey, but that didn’t matter. When I was in high school, they got me reading a lot of things that led to my interest in English and writing.

Dr. Gladys Rios — I didn’t have an Old Guard English teacher in high school–I had the woman who trained the Old Guard as an English teacher in high school! We joked that she knew so much about Beowulf because she was there when it was written! I learned more from her in high school than all the professors I had in college as an English literature major combined! She loved every little thing about language, and while she hated the music we all listened to, she once gave in that Rush wasn’t so bad because it connected a handful of us to better things…

Iron Maiden — I wasn’t really into heavy metal music when I was younger, but I loved Iron Maiden. Like Rush’s “Xanadu,” Iron Maiden’s “Rime of the Ancient Mariner” brought me back to Coleridge and the Romantic poets. They sang about history and literature. Hell, I even read a Dune novel because of their tune, “To Tame a Land.”

Brent Meyer — I went to high school with Brent. We were the geeks reading fantasy novels and John Irving back to back. While Brent has always been a musician, we’ve been focused on our goals for decades, and have always supported each other. Where Brent directly helped my writing was during periods of boredom when we’d hole up in his room writing goofy songs for a joke of a punk band that eventually only consisted of the two of us. In an afternoon, I’d write a handful of songs and Brent would compose the music and throw in his suggestions on the lyrics. We cranked out content, and it was one of the first times I ever saw something I wrote brought to life in a different medium. (Shameless plug: Especially if you live in the LA area, check out Brent’s bands, Folio and Blasphemous Rumours.)

Cuyler Etheredge — I took one creative writing class in my life, and it was taught by Cuyler Etheredge. I wrote stuff she wasn’t always keen on, but she graded me fairly, based on my writing and not the genres I chose to write. Because of that, I think I switched to more serious things as a writer. I was stubborn when it came to the reading list she gave us. In my mind, I was there to write–not read, and I refused to read anything more than Kurt Vonnegut’s Cat’s Cradle. (For introducing me to that book, alone, I am forever indebted to Cuyler.) Instead of failing me on reading assignments, she told me I could go to Southern Methodist University and listen to a week-long series of lectures by various writers. That was the week I was introduced to Howard Nemerov and one of my all-time favorite poems. It was the week I met a childhood hero, Ray Bradbury (we were both raised in the same area of northern Illinois, and we chatted about that). More than anything, though, she gave me credit when I wasn’t sure if I was on the right track. I found my way as a writer because of her.

Mark Felps and Tim Czarnecki — I met my friend, Tim, when we both sold encyclopedias door to door. Tim not only got me back into comic books–he got me thinking about writing comic books. After introducing Tim to my group of friends, he ended up roommates with  Mark. The three of us were always working on writing projects (well, art projects, in Tim’s case). The early sales for short comic book scripts in anthologies gave me the confidence to keep writing no matter what. In these two friends, I had critical support that liked my writing and offered suggestions to make it better. I wouldn’t be the writer I am today without my friendship with these two.

Cynthia Griffith — Cynthia knew my writing before she knew me. I was writing for a very small independent comic book publisher at the time. Cynthia was doing art for the company. She read some scripts I wrote and wanted to work with me, even though she was scheduled to work on other projects. We eventually met, and when I found out she juggled, I had no choice but marry her! She’s one of my first readers and always challenges me to improve. She’s one of the few people I write for; when certain scenes I wrote with her in mind make her laugh or smile, I know I’ve done my job as a writer.

Too Many Movies to Name — My mom divorced my dad when I was five. On weekends, my dad took me to movies I was too young to see (The Exorcist, Dirty Harry movies, Dog Day Afternoon, and many others). I was too young to watch these movies, but they left an impression on me. I didn’t know I wanted to write, but there was something about Dog Day Afternoon, in particular, that hit me. It was serious. It was different. It made me think about the things I watched and read differently. It made me feel for characters that were different from the characters in stock stories. I often have to see things to understand them; the visual aspect of movies in storytelling has influenced my writing in ways I never imagined.

I could go on all day about writing influences that aren’t writers. But enough about the things that influenced me–what are some of your favorite non-writer influences?