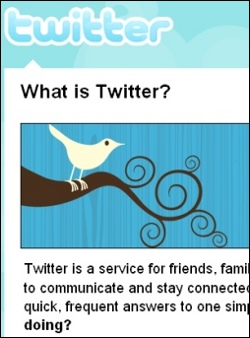 We’ve all heard people touting the importance of that ever-present writing buzzword: platform.

We’ve all heard that without a platform, you may as well give up writing, no matter how good you are.

Without all these things, a writer stands no chance, right?

I recently attended the Writers’ League of Texas Agents Conference.

I attended sessions with agents, many of whom have sold books for bestselling writers and work for agencies representing some of the biggest names in fiction out there.

And what did all these agents say about a writer’s platform?

We really don’t care. If a writer has a blog or Twitter following–fine, but a great debut novel from somebody with no online presence is easier to sell than just a good debut novel from a writer with a strong platform.

Granted, I didn’t hear every agent in attendance talk about how they view a writer’s platform, but all the sessions I attended featured agents, and this feeling about a writer’s online presence was unanimous.

This differed greatly from the general consensus at sessions focusing on social networking, where the feelings about a writer’s platform ran along the lines of this:

(Disclosure: I’m basing this off of recaps I read and what I heard from people who attended sessions focusing on social networking–none of which featured agents.)

I’m going to lean more toward the agents, since they are the people representing writers and selling their work.

Several agents said they encourage their writers to blog, but said if the writers didn’t, that it was no big deal. The only instance in which agents said a writer must have a platform is for those writing non-fiction. But if you’re writing fiction, the best thing you can do is just write a great book.

If you do that, it doesn’t matter if you blog, tweet, or let the world know you’re the Mayor of Taco Bell…