You are here: Home / Inspiration / Finding the Perfect Path 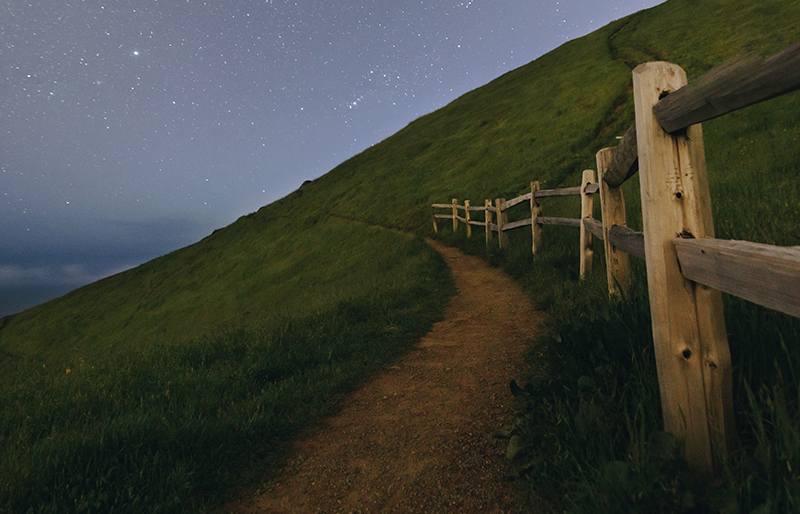 This week, Cheng wrote about plot.

In the piece, Cheng shares a couple great quotes from George Saunders. This is the one that stuck with me (and, apparently, Cheng):

I don’t get plot. I don’t understand it, I don’t like it, whenever I try to come up with it outside of a story it makes me crazy.

Plot For Its Own Sake

Stories focused largely on worldbuilding or plot for the sake of plot leave a bad taste in my mouth. It often feels like characters are there so a writer can say, “Look at how intricate this thing I built is! Don’t you envy my big ‘ol brain?!”

Chuck Wendig recently wrote a wonderful piece about characters having agency in stories. The gist of the entry is to let the characters affect the story — not to exist simply to be dragged along as pawns to present the ideas of a writer.

It’s what Saunders is talking about in the quote above.

Saunders is not saying nothing should happen in a story or that he doesn’t think about what he writes before sitting down to write. As Cheng points out in this week’s Sunday letter, it’s that “outside” part that leads to a forced and weak thing.

When writers get writer’s block, they often try finding their way out by sitting down and plotting some more. And it usually shows with characters being dragged along from plot point to plot point. They influence very little–they are there to show us what’s happening. (I’ve been guilty of it: it’s why the second novel I wrote sits on a hard drive and in a drawer.)

I think few writers would argue for nothing happening in a story. And I’ll be the first to admit that I’ve read literary novels to the opposite effect of plot taking the wheel. (Stories in which characters talk about ideas and do nothing that affects the world around them.)

Saunders and Cheng make the argument that stuff must happen in a good story, but that stories don’t seem very well served when the effort to push things along is a deliberate act from outside the bubble of the work in progress.

As Cheng points out:

Saunders is saying that you have to live there. You have to inhabit the story and characters so deeply that they tell you what the plot should be.

The Effect of Characters Affecting Things

I’m not the kind of writer who likes to believe the characters in my stories are living entities in some ethereal realm where — much like muses — they whisper to me what they want to happen.

But when you get deep into the scenes of a story and stay there, you often find better paths than if you stepped back and outside the story and force things. With such fine focus, consideration of things like, “Does this character affect the scene and does the scene drive the story?” take care of themselves. They happen almost automatically in the act of deeper writing.

This morning, like many mornings, I was reminded why I don’t really plot things out. I can say, “This will happen, and then this,” but I will maintain until my end that no matter how great a mind a writer has, they cannot anticipate everything that will happen for 100,000 words.

This morning from 4:00 a.m. to 5:30 a.m., this little bit of linking to sections I’ve already written were revealed. Some things I thought would happen changed or shifted to other parts of the book…and some things were dropped entirely.

You can force characters to follow your whims (and it usually shows), or you can realize the best outline of a good novel with a wonderful plot is a couple completed drafts and actually knowing how it all comes together and where it’s going.

Outside of a couple ideas, I didn’t know where I was going with this entry. I thought I’d have a chance to work this old (short) entry into it all in some important way, and that I’d add more quotes and make more points along the way.

I suppose I look at those who plot and write everything according to their initial ideas much like those who blaze a fast trail through the woods. You will get there, and you might see some beautiful things along the way, but in the noise of all the chopping and rushing, it’s entirely possible to miss the view of an open valley high along a ridge just 50 yards beyond the brambles because you never heard the river just beyond your limited view. 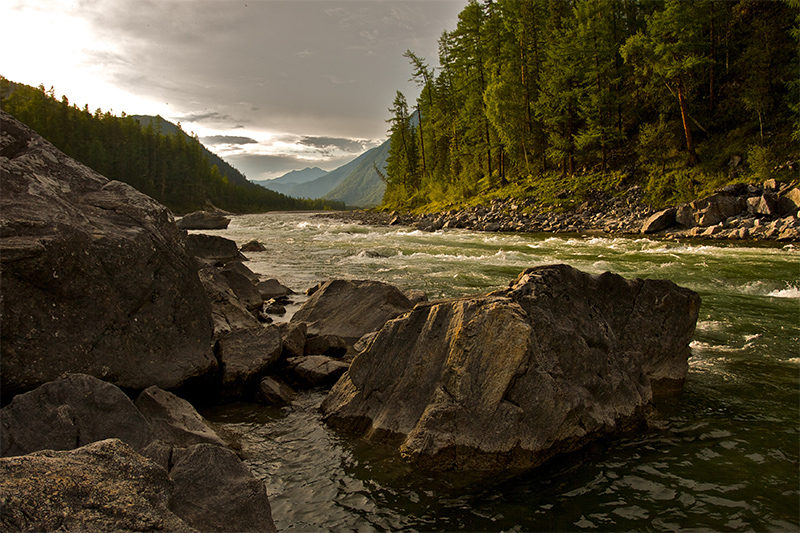