You are here: Home / Miscellaneous / I Don’t Belong Here

There’s a line in Radiohead’s song “Creep” that always settled somewhere deep within me:

It’s a feeling I’ve struggled with for decades. There have been times, even among close friends, that I’ve felt like I don’t belong.

I know part of it goes back to being heavily picked on when I was younger, as well as aspects of my upbringing (which were always encouraging, but also came with the blue collar attachment that you asked for nothing and made your way in silence…even if you were suffering).

There’s a story Neil Gaiman tells about imposter syndrome…I was reminded about it yesterday by Chuck Wendig.

Gaiman was at a big event that went on for days. He tells this story:

On my second or third night there, I was standing at the back of the hall, while a musical entertainment happened, and I started talking to a very nice, polite, elderly gentleman about several things, including our shared first name. And then he pointed to the hall of people, and said words to the effect of, “I just look at all these people, and I think, what the heck am I doing here? They’ve made amazing things. I just went where I was sent.”

And I said, “Yes. But you were the first man on the moon. I think that counts for something.”

And I felt a bit better. Because if Neil Armstrong felt like an imposter, maybe everyone did.

In a Twitter thread yesterday, Chuck Wendig talked about imposter syndrome. And in it, he talks about being invited to a big event for him (he was one of a handful of writers chosen to speak at a birthday event for Margaret Atwood). During the evening, he found himself alone in the green room with Neil Gaiman.

What he said to Gaiman is heartbreaking, but something I can relate to:

The entire thread is a great read about imposter syndrome, but here’s the specific tweet about being alone in a room with Neil Gaiman that got me:

And I stood there a moment, utterly frozen. He was, if I recall, looking at his phone.

The first thing thing I ever wrote with the hope of publication was a 12-page comic book story for an anthology. To my surprise, it was accepted…and I was invited to come down to Austin for a signing of the book.

I figured I’d be in a large enough group that I could hide, since many of the creators in the anthology lived in and around Austin. But only one other creator in the book showed up: Joe R. Lansdale.

People coming to the signing were there for Lansdale — not me. And I felt like I didn’t belong as I sat next to him behind a table. I didn’t say, “I can go,” but I wanted to.

My wife and I worked on a comic book together in the mid 90s, and we were fortunate enough to be given a table at an old Dallas Fantasy Fair. At this particular convention, we were seated beside one of Cynthia’s favorite artists at the time: Adam Hughes.

Most artists and writers would have started up a chat with him, but…we felt like we weren’t deserving to be in such fine company. To make matters worse, the convention got busy enough that space where we were became a commodity, and the organizer apologized and asked if we’d give up our table for Mark Waid.

Waid overheard the exchange and offered to cram behind the table with us, allowing us to keep our spot. But…we left.

Most people in comics at the time would have killed to be seated next to Adam Hughes and share a table with Mark Waid at his insistence, but my wife and I gave up our table and left the convention entirely. Even worse? My wife and I felt bad about making Mark Waid feel bad about two nobody creators being forced away because he needed the space.

Many of the people I met over 25 years ago when I was writing independent comic books have gone on to much bigger things. And even though I’m friends with some very cool (and even well-known people), I still feel like I don’t belong…even when they’re in town and ask to get together.

And I definitely don’t feel deserving of the handful of friends I’ve made in the literary community.

The weirdest thing? Because some of these friends are known for what they do, I fear they will think I’m friends with them in the hope of getting something from them. When mentioning this weird feeling to a friend, he said, “We’ve been friends for over 20 years…I think I know you’re not in it to get something from me. Especially since you had no idea if anything would happen for me when we met…”

Confidence is a Weird Thing

Perhaps the strangest thing about all this is that I’m confident in my abilities. The doubts that many writers, artists, musicians, and other creative people have about their work are almost foreign to me.

It’s not that I think I’m great at what I do, but I’ve been validated by enough cool people to know that I deserve a chance. And because of that, I’m comfortable enough with my abilities and process that I don’t carry doubts about the things I write. The panic many friends have that their work isn’t good enough is not a problem I face.

Where I lack confidence is with people. And I think what got me with Wendig’s “I can leave…” comment is this:

Even around some people I’ve known for decades, it’s a thought that pops up…especially if I’m chatting with them at a convention, conference, or festival and someone else known by others stops by to talk with them.

I retreat a lot. Part of it is because I adore solitude and quiet places: a walk in the woods…exploring new places in a canoe and later returning to known places to see how they change over time…things like that.

Much of it, though, is the feeling that I don’t belong.

I can speak at a conference, train people, or write with confidence, but when it comes to certain situations, all I think is “I can leave…”

Even the conferences and conventions I’ve spoken at…I leave when my part is done. After-parties and other things? I leave early and go home or to my room.

For me, it’s not even so much imposter syndrome, but something bigger. 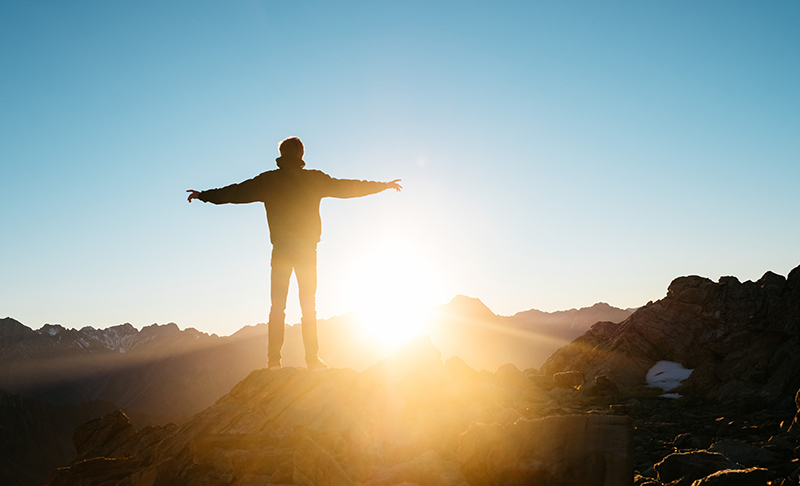