You are here: Home / Miscellaneous / The Speed of Creativity 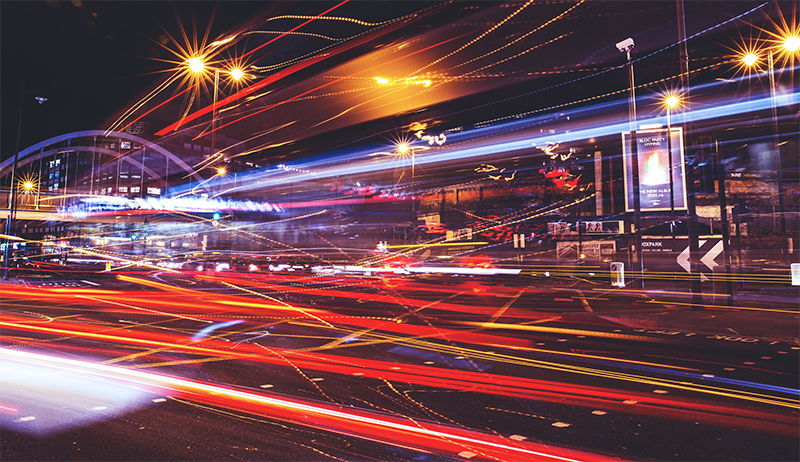 I work for a large software company. Recently, email was sent out that we could take “creativity” courses through one of our training sites. I went to check out one of the classes. I took the pre-test, a 4-question quiz to test how “creative” we already are.

I missed half of them.

Apparently I’m not particularly creative. Or rather, the strict definitions of what constituted being creative to them didn’t connect in my mind.

In Love with Creativity

It might sound strange coming from me, but I think creativity is overrated. The most creative people I know produce some of the shoddiest “creative” work out there. These are friends who live with clusters of other creative people wandering the country (and world) being “creative” all the time. If a thought hits their minds, they act on it — and I think that’s wonderful. They create strange realities for themselves and others, but it often lacks a certain drive and — dare I say it — structure to truly be something more.

Much of the work they create reminds me of things made in art classes in elementary school…just on a massive scale.

But they love being creative, and most people I meet seem to be in love with the notion of “creativity.” Not so much the discipline it takes to make something solid, but in love with the idea of creativity exploding from within them as a form of expression.

I am an explosion of moonbeams and rainbows and butterflies and flower petals; I am the scent of childhood and forests and memories long forgotten. I cannot be contained!

Because I’m a writer, some people assume I’m very creative. And on some levels, sure…maybe I am. But I’ll let you in on a little secret: my most “creative” thoughts rarely make it into stories…because they are not as structured as the ideas necessary to tell a solid story.

Add to this the belief in many that a creative solution is often the best solution to a problem, and it all gets weird. The friends mentioned above? Their solution to so many things comes down to drum circles, 20-foot tall puppets, anarchic expression, and sure — even drugs.

Wandering into work each morning to that would be annoying, but there’s nothing in the minds of these friends that can’t be cured by dancing and circus skills. (Seriously, one old friend called me to his place one morning. “Dude, come over. My yard is full of circus people!” I saw the guy on a tightrope with a monkey on his shoulder a block and a half away…about the same time I smelled the odor of burning weed.)

Add to all this the notion in many that one can simply be creative on command.

I can’t tell you how many managers have told me, “Use your novel skills on this project,” as though that can be flipped on in an instant and that it transfers to tech writing. The structure and discipline transfer back and forth, but what I do when writing a novel is much different than a procedure. A procedure is not meant to be exciting…it’s meant to tell someone how to do something. 1, 2, 3…

Beyond a beginning, middle, and end, though, it doesn’t transfer. My time would be wasted thinking, “In the story I’m writing, I’m working on a scene in which two characters are trying to figure out how to fold up a room so they can steal it…how can I make a procedure about a software installation that interesting?”

Some might read this and think that I’m limiting my view toward work, but trust me: trying to be cute in technical documentation, more times than not, is simply annoying.

Most of my “creative skills” used when writing a novel simply can’t be turned on and applied to everything else in my life. Things have their own rules, as much as we’d like to imagine we can solve everything with autumn winds and folding time.

And this brings me to speed…

The Speed of Creativity

At least in the workplace, the speed of at least certain kinds of creativity do not scale. It took Anthony Doerr a decade to write All the Light We Cannot See. The book is a great example of a creative literary novel, but I can’t imagine telling my manager:

It’s going to take a few years to finish this project, and most days I won’t be in the office because I need to go hiking and clear my mind to get there. Maybe some canoeing, reading a lot of other books…long hours of reflection. If you see me taking a nap while at work, don’t wake me, because that’s part of the process. Oh, and I might even finish later than I told you because this is a process that takes all the time it’s going to take…

One does not sit there thinking about technical documentation and suddenly — instantly — shift into creative mode and knock out creative solutions.

If you talk to most creative people, how they got there took quite some time. Had someone said, “You must reach this milestone and that one by this time,” some of the greatest creative successes would have been shut down early on in the process.

This is not to say creativity runs counter to structured environments (some of my favorite creative friends are software developers), but the love affair with the notion of unbridled creativity has always seemed a bit hyped.