You are here: Home / authors / [Another] Interview with Mark Hosack 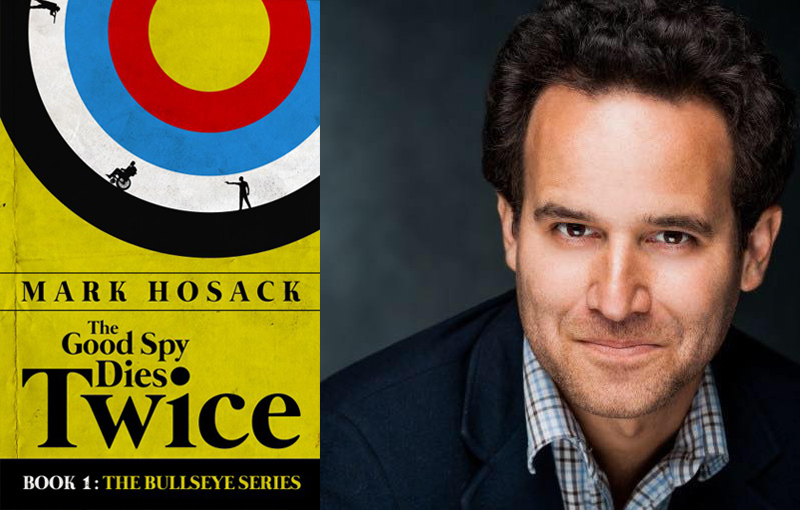 Mark Hosack is a busy guy.

When he’s not busy helping raise three young daughters, he’s writing screenplays, directing movies, editing movies and trailers, and scouting locations for commercial shoots (in fact, this interview was done while he was on location shooting a commercial for a major restaurant known for their breakfasts). So why not write novels as well?

If I gave an award for Juggling Writer of the Year, Mark would win hands down!

And that’s why I find him such a great person to chat with about writing. So many people have a hard time sitting down to write. Life often seems to move at a million-and-seventy-three miles an hour. Who has time to write?

Mark is proof the time is there if you’re willing to make the effort.

With that, let’s see what he’s up to since the last time we chatted…

Please tell us who you are and what you do?

Hi Chris – well, first of all, let me thank you for having me on your blog. It’s always a good time (that’s not to say your blog is easy). My name is Mark, and I’m a fellow writer. I work on books and screenplays – and we’re releasing my second book, The Good Spy Dies Twice, on September 13, which, I believe will lead us into the next question…

This interview is in honor of your latest book, The Good Spy Dies Twice. How do you describe the book?

The book is about Jake Boxer, a disgraced journalist who becomes embroiled in a mystery involving his secretive wife, a depraved New World Order, and the hundred or so “guests” at a posh Alaskan ski resort where he’s currently on his honeymoon. It’s part thriller, part whodunit – a suspense novel. My first book, Identity, was this sprawling cross country chase, so I wanted to see if I could do something in a very confined location – and with a hero who never fires a gun or kills anyone. Sort of the anti-James Bond spy thriller.

The Good Spy Dies Twice is the first book in a series. How does your writing approach change when writing a series vs. a stand-alone novel?

I think I’ve had “further adventures” in mind for everything I’ve ever written, whether its a book or a script, a stand alone, or a series. I suppose it’s because I’m Texan – I have a hard time saying Goodbye. For this one, the idea has always been to follow the circles of a target – kind of playing on the name of the series – “Bullseye.” This book starts off in the center of the target, small and contained in Blind River, Alaska, and then the second book is a bit larger in scope, the third a bit bigger than that, until we’re finally on the largest ring of the target, and off on a globe trotting adventure.

So this one – the first book – is a small microcosm against a much bigger backdrop – we get to peek behind the curtain but we don’t fully explore it until later in the series.

You’ve created some of the only book trailers that I’ve ever liked. How do you go about promoting your writing?

Well, I’ve got an advantage there – I’ve been editing movie trailers for a decade. At this point, they come naturally. The rest of book promotion stuff does not. Like most people, I loathe asking people to buy something. I would much rather let the work speak for itself. But that doesn’t work very well if no one knows its out there! A good book cover helps – (thanks to Yen Tan for mine) and, yes, a solid book trailer. And you have to have some sort of marketing campaign. I read a lot about book promos before our launch. It seems that a lot of people online are looking for a silver bullet – something where you can pay a service to advertise your book and it’ll turn into sales and reviews. I don’t think it’s as straight forward as that. We live in a strange land where lots of people load up their kindles with free or almost free books based on these promos, but how many people actually read them? I’m also learning that marketing isn’t really about selling – it’s about communicating, and hopefully people respond to whatever message you’re putting out there (or clubbing them over the head with). If they do, they’ll buy it. It’s super tough to make a “cold sale” unless you’ve got the right marketing behind it (solid cover, solid trailer, solid reviews, and most importantly, solid book). And that, of course, takes a little upfront money.

For this one, we put the book up on Netgalley and got a bunch of pre-launch reviews on Goodreads. We also got lucky enough to score good reviews from Kirkus and RT Book Reviews, which helps.

And then the jury is still out on this, but it seems to me that having your book out there in as many forms as possible (ebook, paperback, hardback, audio) will give you better results than just one. I’ve heard the amazon algorithm likes that.

Finally, I think that if you come up with a solid series, one book will advertise the others, which is the idea with Bullseye. Hopefully, the books will stand on their own but also build to a conclusion.

Those who read your first interview on The Juggling Writer know you’ve written screenplays that have actually found their way in front of cameras. Have screenplays prepared you for writing novels and, if so, how?

For me, the process is the same. Pound your head against a brick wall for three months straight, ignore your wife, children and go into credit card debt, and you come out on the other side with a first draft (which you will then have to completely rewrite from page 1). My books are actually very similar to my scripts – they’re really all about structure and plotting. I try to start with an interesting character because I know I’ll eventually get lost in the structure, and if an interesting character isn’t there from the get-go he or she will get lost. It’s just the way I’m wired. There are other writers who hate plot, which is cool, unless nothing interesting happens – then you’ve gotta be a poet! Which I’m not. I started off writing scripts, which is truly all about structure – so I’m sure that comes through in a big way in the books.

What is it about thrillers that appeals to you?

I’m a big fan of drama. And there is no greater drama than a character with no way out. I actually started off writing dark comedies, but they didn’t sell. So I got into the thriller game – which I’ve really come to enjoy. I discovered guys like Stephen King late in the game, my early thirties – but now I’m hooked! Before then, I was all about Kurt Vonnegut.

Just to see if things have changed since the last interview: What’s the best thing about being a writer?

Definitely the excuse to drink gallons of coffee.

Definitely having to pee in the middle of the night because of the coffee.

I suppose the serious answers are: once you do it enough, it sort of takes on a life of its own, and though it’s hard at times, it’s often exciting. And when it’s good, it does feel like you’re digging up something that’s always been there – but hasn’t been seen. That’s a good feeling – when it all clicks and the story is there.

The worst thing about being a writer? It’s gotta be the struggle. Not just to write (which is mostly done on-spec these days) but to keep up with everything else too (or juggling it all! Something you often speak so eloquently of on your blog).

You know I like throwing in an off-the-wall question or two. Let’s pretend for a moment that you’re hit with a magical beam from space and given super powers. What powers would you want (and why)?

Hmmm… Super powers? Definitely flight. Probably immortality or superfast healing. MAYBE the power to never have to use the bathroom again. Think about how much time we’d save!

You’ve added another daughter to your life since the last interview. For those keeping track, that’s three children between the ages of one and six—and you still find time to write while also working a day job. How do you find the time?

Really – that’s about it. That and forcing the writing time into the schedule. I’m a big believer in trying to get something done even if it stinks (it’s usually better than you think).

Speaking of day jobs, what do you do when you’re not raising kids or writing? (And how does your job factor in to your writing?)

The second book in the Bullseye series: The Chaos Agent. And a pretty rockin’ time travel script, if I do say so myself.

When you’re not writing, what are you usually doing?

Yelling at children (only my own, I promise).

One of those obligatory questions: you can have dinner with three writers—living or dead. Who are they, and what do you think the conversation is like?

Well, I’d list my favorites: Kurt Vonnegut and Stephen King and then a wild card – like the Apostle Paul. What would they make of each other?

Thank you, Chris, for having me. It is much appreciated! And if anyone wants to keep up with me and my work, please sign up for my newsletter at: markhosack.com/newsletter. Also, my book The Good Spy Dies Twice will be on-sale for just .99 cents on launch day, and then $2.99 for the rest of the week. [You can do so by clicking right here!] Pick it up! Check it out! Let me know what you think at: mhosack@gmail.com. Many thanks all!

And thank you, Mark! I will fortunately be in Los Angeles on release day, and I look forward to catching up in person!

Check out the book trailer for The Good Spy Dies Twice:

And pick it up by clicking the book cover below (official release date Tuesday, September 13, but you can order it today) [Through launch day, the e-book is on sale for $0.99 and the paperback for $8.95.]: 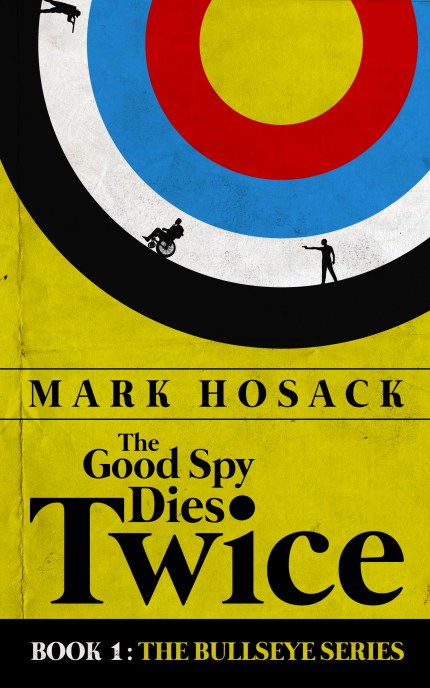 An interview including Mark about a thing he helped me with