You are here: Home / Productivity / The Right Kind of Lazy 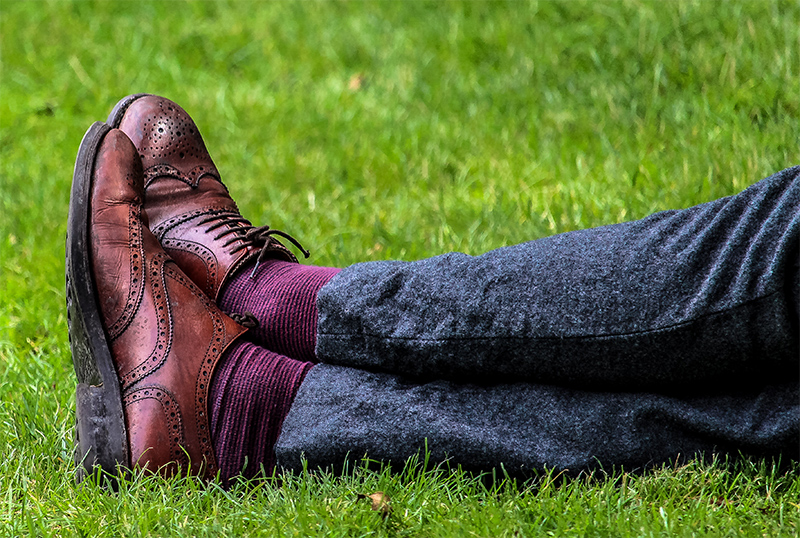 Friday mornings mean the arrival of Austin Kleon’s weekly newsletter — one of the few I subscribe to. This week, he linked to this piece by Cal Newport. If you don’t feel like following the link, it’s an article about how some people deemed big in their fields are/were also seen as a bit lazy.

It’s a piece about ensuring you push away as much shallow work as possible in order to do the deeper work that matters most to you. (It’s not written in absolute terms; just suggesting that maybe you don’t answer email as it comes through and not rushing to be on every call and taking part in every distracting thing.)

I usually avoid comments on most online articles because…well, you know (“HEAR MY IGNORANCE AND ANGER!!!”). But the comments on 99u typically don’t devolve into rage fests. So I peeked at the comments.

Obviously, there are those who loved the piece and praised it, but more than a couple commenters said something to the effect of:

Great advice for the exceptions, but not for most of us.

I think those people miss the point.

I’ve talked here and other places online about how I say no to many things. Offers to write monthly articles, speak at conferences and meet up groups, and so many other opportunities get shoved aside by me. And I’d be lying if I said I sometimes wonder if I hurt my own efforts in doing so. But the work that matters most to me isn’t going to get done or rise up from those other efforts…so they are things best set aside.

There are things many of us can say no to…we just often don’t think we can.

Most people I work with have work email on their phones. I don’t. I’ve gone as far at past jobs to not give managers my cell phone number, but now that it’s the only way to reach me, they have it. (But I don’t encourage them to use it.)

When managers have asked me to put work email on my phone and I’ve declined (and explained that if they like the work I do, they will continue getting that level of quality as long as I’m allowed to focus without distraction at least on occasion), they seem a little taken aback, but have yet to say “DO IT!”

So to those commenters saying, “Nice for the exceptional superstars, but not for the rest of us,” I don’t see a piece like this saying:

RESIST ALL THE THINGS! SAY NO TO EVERYTHING!!!

It seems to just be saying, “Appreciate time dedicated to your best and deepest work. At least enough that you cut out some of the distractions you can.”

There’s a conference going on in the area this weekend I should be at. Many friends are there, and it’s organized by someone at the company where I work. Many coworkers in other groups are speaking there. It’s related in many ways to the work I do at my day job.

But as I’ve mentioned elsewhere, September is the beginning of my writing year. I wrapped up a story that’s been in me for a long time, and things are moving well on the rewrite of the novel. And while it’s not cool outside in Texas by any stretch of the imagination, it’s not blazing hot in the mornings — which means getting out and paddling in the canoe on weekends. (That does more for the deeper work I’m doing than rushing around sessions at a conference.)

I think it’s these kinds of efforts Cal Newport is talking about in the piece he wrote: simply cutting where you can to ensure you have time to clear your mind and do the work that matters most to you.