You are here: Home / authors / The Speed at Which One Writes 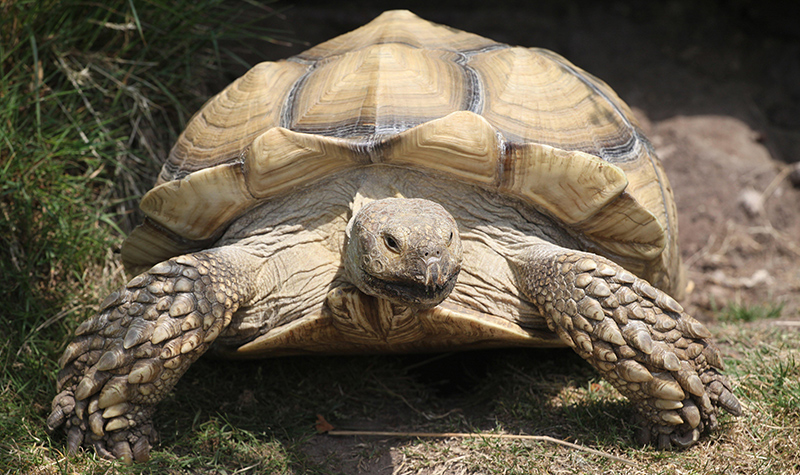 And they’re off! (Well, depending who they are…)

If you’re George R. R. Martin, you’re told you write too slowly. (GRRM’s announcement that he’s missed a deadline; some fans are not pleased.) If you’re Chuck Wendig, you’re apparently too fast. So who’s the winner?

I first read about GRRM missing a deadline when a friend said something to the effect of “I wish I had a job that didn’t care if I missed deadlines by years.” I’ve seen others online genuinely fuming about it. And I get it: the guy misses deadlines sometimes.

If you take the years since he started the Song of Ice and Fire series and divide it by the 1,770,000 words he’s written in the 5 books so far (even more when factoring novellas and other things he’s written), it comes out to 88,500 words a year. That’s the equivalent of a novel a year in word count.

Yes, he missed a deadline, but let’s not pretend the guy doesn’t produce; rather, it seems, some people don’t realize one of his books is almost the equivalent of 5 books. (And most of the others are the equivalent of 2-4.)

Sure, if I missed a few deadlines as a technical writer I’d probably be fired, but then…I’m not writing procedures no one else can write that have done so well that a small army of people have made a living off of what I produce.

Chuck Wendig Writes Faster than You

Unless you’re a romance novelist (some romance output is staggering) or cranking out short e-books like a person possessed, it’s likely that Chuck Wendig writes faster than you.

His background writing role playing games and other things where he was paid by the word created a habit: PRODUCE!!! So it’s no surprise when the chance to make a living writing novels, comic books, and other things was laid before him that his production remained mighty.

Today Wendig was a bit gobsmacked when he received correspondence stating that because he writes quickly, he obviously doesn’t care about craft. A short bit from the piece:

It’s difficult to quantify, but it gives me the impression that you don’t value writing as an art. As a job, certainly. But not as a form of expression. Because otherwise you wouldn’t spend 45-90 days on a book. A soul isn’t bared in three months. Professional or no, no book you truly care for should go from start to finish that quickly.

Wendig writes stuff I would normally not pick up. But because I had been reading his blog for some time, I picked up his first e-book (five years ago this month). I liked it a lot.

Since that time, I’ve probably bought more Wendig books than any other author; in part, because they keep coming out.

This doesn’t mean that Wendig is my favorite author — it just means I’m happy the guy does what he loves for a living, and the best way I know to thank him for a blog I’ve liked for years is to put money in his pocket.

Some might say, “Wendig writes full time and cranks things out — why not GRRM?”

And the answer is simple: they are not the same person.

GRRM has likely taken far more chances in his career and produced more quality work than those complaining about his output have in theirs. I’ve only read some of his Wild Cards stuff, but as far as I’m concerned, all he had to do in life was create The Great and Powerful Turtle! But let’s be clear, here: GRRM is not a slow writer when you factor in word count, appearances, and the other things that are part of his job.

As for Wendig, perhaps there will come a year when he’s like, “I’ve put out 25 books over the past 5 years. Next year, I’m going to see the world with my family and not write a thing! Might even do it for a couple years.”

Even the most prolific writers have ebbs and flows.

The books that seem to stick with me are books that took an author some time to write. Often years.

I generally disagree with writers who tout writing quickly. I believe that rolling a book around in one’s head will usually result in deeper connections than writing quickly in an effort to knock out the next book in a series or contract. But to hold true to the belief that slow books are better books is not true; even Faulkner knocked out a well-known work in a month and a half. (And did it while working a full time job to boot!)

Ultimately, there’s nothing wrong with roller coaster writing or writing that takes years to craft. I will go as far as saying I think I get what the guy who wrote to Wendig was getting at — I just don’t understand the need to state it directly to the author. While I generally feel that way, it hasn’t stopped me from buying books by Chuck Wendig.

I get it: if you have a deadline, you should make that deadline. But if you’re angry enough when an author doesn’t get something out when expected, you’re always more than welcome to walk away. (At that point, if the writers complains about losing readers, it’s on them.) But where you’re concerned…nobody’s holding a gun to your head and telling you to wait.

Chances are there are things on all our to-do lists that we’ve missed or even deliberately pushed to another day. The notion that because someone is a best selling author means they are not allowed to be human is ridiculous. The quarterback who puts the Super Bowl wining catch into a receiver’s arms one year will probably have bad years as well. And please don’t tell me, “Yeah, but they make a lot more than us, so they should be held to higher standards,” because there are people in the world who would kill to make the equivalent of a lower middle-class salary who would be like, “Wait, they are allowed to complain about things online during work hours instead of working?”

Want to have a job where you can miss deadlines by years like GRRM? You’re welcome to work as hard as him for as many years as he’s worked and do so if you’re good enough…