You are here: Home / Inspiration / Writing about Writers 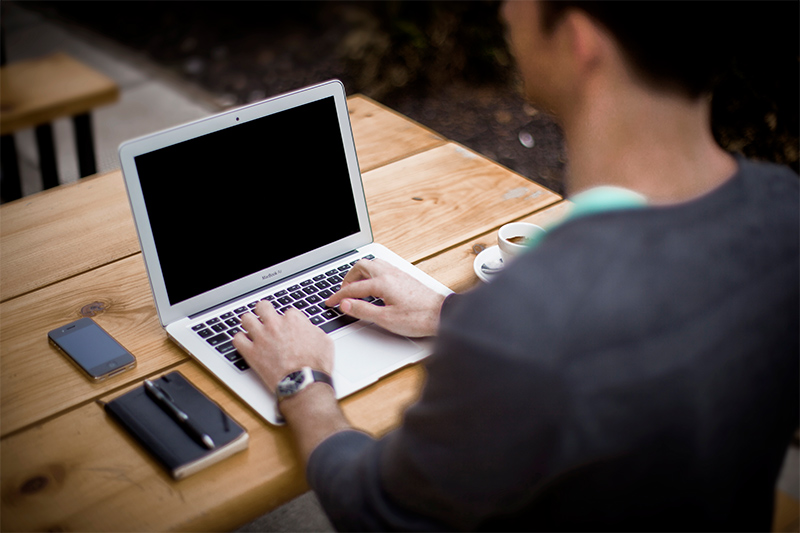 [This is an entry I started writing last week and set aside. Then, a couple days ago at work, I chatted with a friend about writing. Specifically, we began talking about John Irving’s love of writing about writers — and how it mostly bores us. So…I decided to not scrap this entry.]

Earlier today, I thought about whether or not I’ve written a story about a writer.

It feels like a thing I should have done several times over, but I’m not sure I have.

Maybe once I post this, I’ll remember, “Oh yeah, I’ve written piles of short stories about writers and even a handful of novels about writers — how could I have forgotten?”

But off the top of my head, I can’t think of one finished story I’ve written about a writer.

(And by saying finished in that last line, I’ve clearly at least made the attempt to write about a writer.)

In a past novel, the protagonist — a former celebrity chef — sells everything after a divorce and moves to the north woods of Wisconsin. In an early draft, he decided he’d write a novel.

If I had some small amount of money for every person I’ve met in my life who’s said, “One day I’m going to write my novel,” I’d probably have made more money than most writers make from writing fiction. It’s a common-enough thought, thinking about one day writing a book. I’ve seriously heard people say:

I’m just a few years away from writing the best seller I know is in me and retiring.

(As though it were that easy.)

Because writing a novel is not an uncommon thought among people, I decided, “Why not have this character decide to write a novel. I can show the world that it’s not as easy as many think.”

But writing about writing bored the hell out of me.

This isn’t to say writing about writers can’t be wonderful, but generally…new writers who write about writers seem to have an idealized view of what writing is, based on a limited view of life. Perhaps it’s unfair to knock the upper middle class white guy going for an MFA, but I’ve met so many people fitting that description who can only write about two things: girl trouble (usually of their own devising without realizing it) and what it is to be a writer.

I Am Not Against Writers Who Write about Writing

If you’ve read enough entries on this site, you know John Irving was one of the first contemporary writers I read when I started taking reading more seriously in junior high school.

When talking about Irving’s subject matter, it doesn’t take a psychic to shut their eyes tight, touch their temples, and say, “I see a book…a story about…a writer. He…went to a prep school. Exeter — I’m getting Exeter. Wrestling in a gym, and wrestling as symbolism of life. An adult female — large boned? She takes his virginity. And when he grows up…he becomes…a writer. (Oh, and there’s something about a bear, too!)”

Irving’s next book is about a writer. It looks like there will be some variations on the character’s upbringing when compared to other Irving novels about writers, but John Irving likes writing about writers:

Why I Don’t Write about Writers

I’m not saying I will never write a short story, or even a novel, about a writer. I like stories where a life plays out and in the end the person sits down to write about their experience. I’m fine with the writer as a main character and the struggle to complete a work. (If Jeff VanderMeer turned his experiences about writing the Southern Reach trilogy into the basis for a novel, I’d read the hell out of that!)  I enjoy reflective novels, and a writer is a great type of character to show reflection.

But for me, writing is a rather boring and solitary act. Sure, there are sparks of excitement, but it’s a slow challenge that doesn’t interest me enough to write about. (Now watch, my next three novels will be about writers and writing!)

When given the choice to write about a girl born in a circus in the 1920s and her rise to fame as a magician in the 40s and 50s or a college student/recent graduate or empty-nester adult trying to complete a novel, I’ll obviously take the magician.

I’m not against writing about writers, but I think there are so many characters and situations far more interesting.

So Why Do Writers Write about Writers?

We’re told early on in life, “Write what you know.” (People who don’t even write have heard the saying.)

Many writers begin writing seriously in their early adulthood, after working out the angst of their teen years in journals filled with moody poetry and journal entries about life. Throw in some college and this is the foundation many young writers seem to stand on at the start. So when it comes time to sit down and write their first novel, what better subject than the very thing they’re doing in life.

It’s what they know, after all; so it’s very easy to make that the subject of their first book. (Obviously, I’m generalizing. There are many younger people who can pull from hard childhoods, growing up different than the majority of people around them…things like that. Good literature is not owned by older people; in fact, I think older people benefit from reading good novels written by younger people.)

How to Not Write about Writers

I won’t begrudge someone in their 20s and 30s for having lofty ideas about how life works. It’s a time when you should say and do things with a reckless heart and piss off those older people who’ve long forgotten what it is to be young and idealistic (if they ever were at all). Those things are wonderful. (And, obviously, it’s not just younger people writing about writers.) So what’s the best way to not write about writers?

If you’re not an interesting person, you’re probably not going to be a very interesting writer. (By interesting, I don’t mean someone who’s been in back alley knife fights and learned the language of some secluded tribe — just somebody who looks at even mundane things in a different way than most people and can share that view of the world and life with others.) It’s about knowing enough to write about other people with accuracy and confidence.

When you have confidence to write about more than yourself, it’s much easier to shed the desire to write what you know, which may be little more than putting your internal struggle with your own writing on the page. We’ve been there before, and while we do tell the same stories over and over to some degree, I don’t think the world needs another first novel written by a writer talking mostly about writing. (Or even a writer in his 70s writing about writers…although I’ll still probably read Irving’s next novel the day it comes out!)