You are here: Home / social media / To Never Be There At All 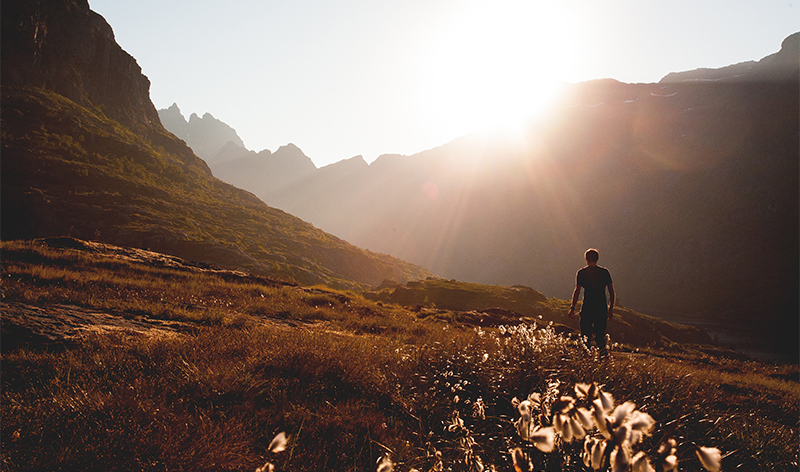 I love to be alone. I never found the companion that was so companionable as solitude.
– Henry David Thoreau

I’d be lying if I said there isn’t a certain appeal to stepping away from all modern things, walking into the hills, and being silent for the rest of my life. But even Thoreau had visitors at Walden pond. (He wasn’t as isolated as we were led to believe in school.)

And so, even during a social media break, I put bits of my mind out there — in blog entries like this.

A stranger could easily cobble together a vague idea of who I am from what they can find out about me online. I’d hope the impression is, “Christopher seems like a decent person.” But if one were to think, “Christopher is an asshole, and I wish he never existed,” that’s beyond my control and fine by me as well.

The Appeal of Silence

I’ve mentioned before that I once asked some writer friends if they’d take a deal like this:

If a wealthy patron offered to pay you to write and offered — say — $100,000 or $200,000 a year after taxes for the rest of your life (adjusted with inflation), would you take it with this stipulation: they are the only person who would ever read your work?

I’d take it in a heartbeat. To pull in enough money to have a nice, quiet life doing only what I wanted for the rest of my life — and all I’d have to do is never be known? Where do I sign up?

But I understand my friends who said they would not take the deal. For some, attending conventions or book festivals is part of the appeal of writing. Others want fame; some feel no shame in their craving to be famous as a driving goal to what they do.

But me? I’d have a quiet place in the hills where I’d write, juggle, read, and simply exist — free from ever having to sit in another cubicle again. To do only what I love most in life.

I woke up late today, so no writing first thing this morning. Instead, my day began with reading this piece about Elena Ferrante. If you are of the too long; didn’t read type (or if reading about writers isn’t your thing), here’s the gist: when Elena Ferrante’s debut novel came out in the early 90s, she wrote a letter to her publisher saying she would not do any public appearances to promote the book. In fact, she would do nothing at all to promote the book. She believed simply writing the book was all she should have to do, and that once a book is done, it is no longer the author’s.  (The letter in its entirely, for those interested.)

In an age when authors are encouraged to have a social media presence and be available to the public in so many ways, Ferrante has been able to stay secluded for well over two decades, simply doing her thing. Because she is able to create without the pressures of touring and television appearances (or even being available on Twitter), Ferrante feels that her writing is better than it would be were she forced to be available to the public.

The Lit Hub piece is not a take down of social media, however; in fact, it provides a balance by focusing on writers for whom a public life has worked. Even Jonathan Franzen promotes himself when he writes about how much he dislikes promotion of writing on the Internet and the effect social media and other time sucks can have on an author. By actively riling up those who take his bait, he is talked about without having to do the talking himself. (It seems no coincidence that he often releases pieces of writing meant to ruffle feathers around the time he has something new coming out.)

But for the Ferrantes and Pynchons of the world, it seems a nice thing, to somehow disappear [almost] completely.

I’ve been spending part of my recent weekends in a canoe. It seemed fitting to buy it with money made from a travel article I wrote for the Dallas Morning News. For years, though, the canoe has been in storage. It’s only been this past month that we’ve had access to it and been putting it to regular use again.

Each time out, there comes a point where my wife and I stop paddling and just sit, enjoying the silence. Grapevine Lake is not the quietest place, but getting out early — before planes begin lining up for approach at D/FW International Airport and water skiers zip around behind loud powerboats — it’s easy to close your eyes and imagine you are completely alone in the world.

And that’s a nice place to be. Quiet and solitude inspired Einstein to say this:

The monotony and solitude of a quiet life stimulates the creative mind.
– Albert Einstein

So until the day comes along when a wealthy patron offers me six figures a year to write only for them and ignore the rest of the world, social media breaks, the canoe, hikes, and other things will be my escape. I’ll be happy to put things out there that make me a bit accessible to others, all while admiring those who were quiet from the start — proving that even in a time when so many of us are told that without an online presence we’re nothing…some are completely free in their solitude. 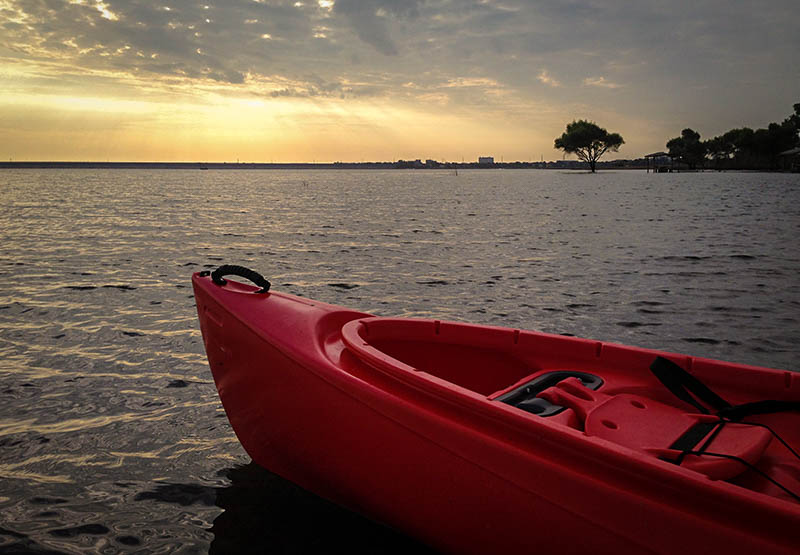